The City of Edmonton is releasing details about its Bus Network Redesign amid criticism about the length of time it’ll take to implement.

The new bus network is the first major action from the Transit Strategy.

The city says bus rapid transit routes will provide frequent services at all times, which will integrate with LRT stations.

Crosstown routes will connect major destinations in the outer areas of the city without going through downtown or travelling on neighbourhood roads. 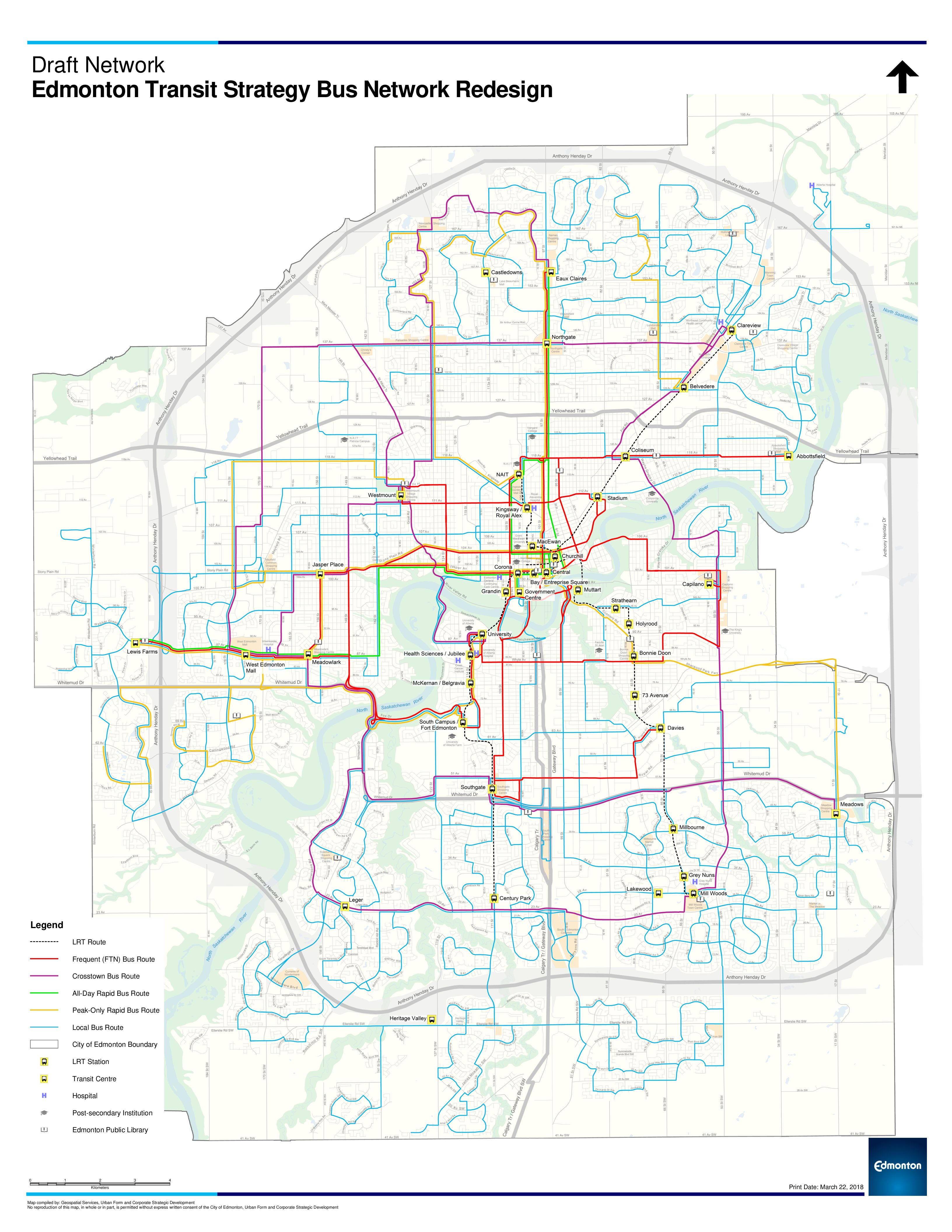 The new routes are scheduled to hit the streets in June 2020. ​

While the city says the new bus network will reflect the public’s priorities, there’s a sense of frustration from transit’s advisory board, that sees this process dragging on. Izak Roux with the Edmonton Transit System Advisory Board (ETSAB) wonders why council doesn’t push city staff to be more proactive, “even if it’s on a trial basis.”

The so-called bus network redesign was first introduced after council passed the transit strategy on July 11, 2017.

Roux has seen how aggressive Calgary city council is in trying express routes in fast-growing areas.

“More open minded approach where they say we’ll try this out, and if it doesn’t work we’ll shut it down and we’ll try somewhere else, but at least they like to explore,” Roux said.

He’s suggesting piloting straight line routes from outside the Anthony Henday now, because that’s where the city can attract new riders. Express buses should have “lane preference, and run from outside the ring road where we have the biggest growth in new housing and that sort of thing.”

“There are no plans really to put LRT into Windermere so we need to start planning now to put a bus rapid transit system in there,” Roux said.

No one from ETS was made available to comment, although the city will hold a news conference to explain things on Thursday. The new route maps were quietly posted online March 22, the same day as the provincial budget.

Between April 12 and June 14, about 24 workshops will be held to gauge public feedback. You can also weigh in online, in what is a next step that will eventually lead to city council reviewing the findings a year from now.

“We’re looking forward to hear what’s going to be said at these open houses and I think people should speak up and let their voice be heard about what they want,” Roux said.