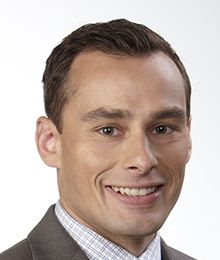 Slav Kornik is an online producer at Global Edmonton. His role includes writing stories and posting videos for the Global Edmonton website as well as contributing to its social platforms.

Slav is a graduate of the NAIT Radio & Television program and possesses a Bachelor of Arts degree with a Communication Studies Major from the University of Athabasca.

Slav started his media career in Lloydminster where he was hired at Newcap News as a videographer. A few months in to his stint at Newcap, Slav became the late night sports anchor.

After a year and a half in Lloydminster, Slav made the move to Red Deer where he spent nearly three year years in CHCA News sports department as both the weekend sports anchor and sports director.

In 2010, Slav joined the Global Edmonton team as a news reporter and producer, before moving into the online department in 2012.

Slav is also a husband and dad who loves spending time with his wife and son.

04:48
Charcuterie Board
Staycation charcuterie board from around the world
04:06
Business
Edmonton retailer Poppy Barley launches plant-based accessories made out of cactus

Christopher Micetich is behind a partnership with the University of Alberta called imYEG, which aims to take ideas and research and develop them into a viable business venture. Continue reading →

One day before his 31st birthday, Markstrom made 37 saves in a 2-0 Calgary Flames victory over the Montreal Canadiens at the Bell Centre in Montreal Saturday night. Continue reading →

Calgary police are investigating a violent stabbing and shooting they believe were related. Continue reading →

The inquiry was to have completed its report by Sunday, but the Alberta government released an order-in-council on Friday night amending the inquiry’s deadline to May 31. Continue reading →

The total number of reported active cases in the province stood at 7,530 as of Saturday, a decrease of 275 from the previous day. Continue reading →

The Calgary International Airport is now only one of four Canadian airports that will be accepting international flights. Continue reading →

Alberta reports 24 COVID-19-related deaths Sunday, including woman in her 40s

The positive cases came from 10,237 new tests over a 24-hour period, giving a provincial positivity rate of 4.4 per cent. Continue reading →

According to Parks Canada, three people were able to self-rescue, but the Banff Fire Department said a woman in her 20s was in the water for about 30 minutes before being rescued.  Continue reading →

Police said the driver of the car involved in the two-vehicle collision died at the scene, while two other people sustained minor injuries. Continue reading →

Terry Allen Maksymyszyn, 53, was found unconscious inside a home and taken to an Edmonton hospital, where he died a few hours later. Continue reading →

Police are looking for a suspect in a downtown Calgary stabbing Saturday night. Continue reading →

Curling Canada has added two more wild-card teams to the field at the Scotties Tournament of Hearts and to create 18-team competitions. Continue reading →

The body of a woman was found Friday on a rural road west of Chestermere, Alta. Continue reading →

The man was long line rescued by Alstrom Helicopters, with the help of Rocky Mountain House Search and Rescue, police said. Continue reading →

"You could treat getting COVID-19 as like getting your first dose of vaccine," said one expert. trib.al/7PAPBcB

Los Angeles County Sheriff Alex Villanueva said Wednesday that he is not considering "any charges whatsoever in thi… twitter.com/i/web/status/1…

The problem for Canada will be finding this variant, experts say. trib.al/2S0EsdR