Big Brother Canada is back!

After a brief scare last year when the beloved reality show went on hiatus, 14 brand new contestants are now gearing up to enter the house for a sixth season.

Beginning March 7, watch as a new group of Canuck contestants move into an overhauled Big Brother Canada house outfitted wall-to-wall with cameras and microphones capturing their every move. Each week, the houseguests do battle in a series of challenges that give them power or punishment, voting each other out until the fate of the final two is decided by a jury of fellow houseguests.

The Season 6 houseguests are competing for a grand prize of $100,000, a European dream vacation for two courtesy of Air Transat, and a $30,000 home furnishing makeover from The Brick.

Here are the 14 contestants prepping for the biggest few months of their lives. (There are four other wildcard contestants vying for a place in the house — Canadians can vote for their two favourites at Big Brother Canada‘s official site.)

Age: 30
Hometown: Vancouver, B.C.
Occupation: Personal trainer
A self-proclaimed fiery Latina with humble beginnings, Ali is a strong, self-made woman who is ready to crush the competition but still make some authentic connections along the way.

Age: 36
Hometown: Toronto, Ont.
Occupation: Small business owner
A big man with an even bigger personality, Andrew knows he won’t be able to blend into the background, but he’s confident his athletic prowess and sharp mind can take down the competition.

Age: 27
Hometown: Beaumont, Alta.
Occupation: Clothing brand owner and server/bartender
It’s easy to spot Derek’s resemblance to heart-throb actor Zac Efron, and he’s hoping to use that and his authentic charisma to draw in unwavering alliances… and most likely a steamy showmance that is sure to fog up a screen or two.

Age: 23
Hometown: Pickering, Ont.
Occupation: Server
A positive people-pleaser and as loyal as a “golden retriever,” Erica plans to use her sunny attitude and humour to make friends and keep herself off the target list.

Age: 27
Hometown: Thunder Bay, Ont.
Occupation: Soccer coach
Ready to run his fellow houseguests ragged, Hamza calls himself “the champ that runs the camp” and won’t bow down to anyone once the competition buzzer goes off.

Age: 24
Hometown: Saskatoon, Sask.
Occupation: Sales executive
A business-minded socialite, nothing is out of the question for Jesse when there’s money and power on the line.

Age: 28
Hometown: Victoria, B.C.
Occupation: “House Husband”
A proud house husband with a heart of gold and a shrewd intellect, Johnny is not morally opposed to using cunning charm to manipulate his unsuspecting housemates.

Age: 25
Hometown: Saint John, N.B.
Occupation: Wine ambassador
Cute as a button and as bubbly as champagne, Kaela plans to use her sweet smile and East Coast charm to hide the fact that she’s an athletic competition beast waiting to strike.

Age: 25
Hometown: Ottawa, Ont.
Occupation: Bartender
Don’t let her sweet smile fool you, Maddy is ready to do literally anything to win, including tricking a hunky competition beast into doing her bidding.

Age: 21
Hometown: Guelph, Ont.
Occupation: Student
By no means a shrinking violet, Olivia is a polished, logical, type-A beauty who’s not afraid to tell anyone how it is if they get in her way on the path to victory.

Age: 23
Hometown: Vancouver, B.C.
Occupation: Student
A closet “nerd” and future attorney, Paras is confident that none of the houseguests will see past her bubbly shell to find her fierce intellect before it’s too late and she’s made off with the grand prize winnings. 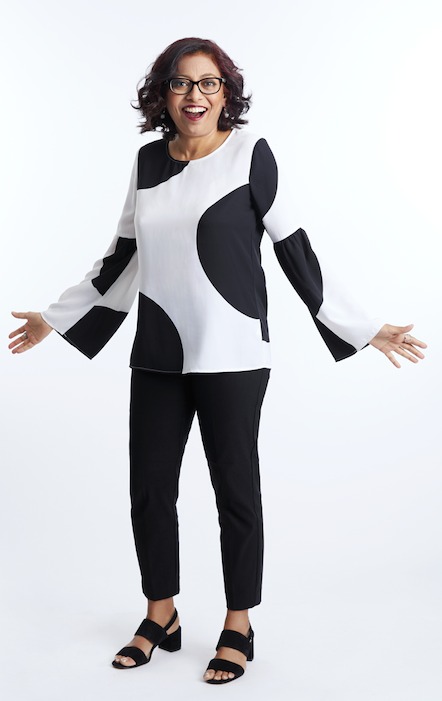 Age: 25
Hometown: Trepassey, N.L.
Occupation: Oil field technician
Softy, single dad William is a self-proclaimed goofy and friendly Newfoundlander and is ready for anything, including a showmance.

All season long, viewers can catch After the Eviction, an exclusive weekly series hosted by Arisa Cox, available across all social platforms. Following Wednesday night’s Power of Veto episodes, fans can submit all their burning questions on the Big Brother Canada Facebook page and catch the answers on After the Eviction on Fridays at 10 a.m. ET as part of the evicted houseguests’ extended interviews.