‘Ethnic cleansing’ against Rohingya in Myanmar should be classified genocide: scholar

Since August, more than 620,000 Rohingya have fled Myanmar‘s Rakhine state to Bangladesh, in search of safety against what the country’s military describes as “clearance operations.”

Maung Zarni, a Buddhist native of Burma, genocide scholar and human rights activist, explains the crisis started as an insurgent rising up of the Rohingya people against an oppressive regime — contrary to the belief that the state is defending itself against a rebellious population.

“‘The problem is the international community, including the UN and national governments, are buying into this,” he told Global News.

“No, no, no. We are looking at a situation where the population is essentially held prisoners for 40 years.”

In 2013, the United Nations (UN) declared Myanmar’s Rohingya population one of the most persecuted minorities in the world.

Over the last 39 years, the Rohingyas, indigenous to western Myanmar, have faced several military crackdowns — most recently in 2016 to 2017.

WATCH BELOW: Canadians should care about genocide in Myanmar

Zarni insists that this is genocide — contrary to UN officials and Human Rights Watch (HRW), who have described Myanmar’s persecution of the Rohingya as an “ethnic cleansing.”

“If there is a genocide happening, member states have the obligation to use force to end it, but because there is no political will within the security council who can make the decision, senior officials are not prepared to call it genocide,” he told Global News. 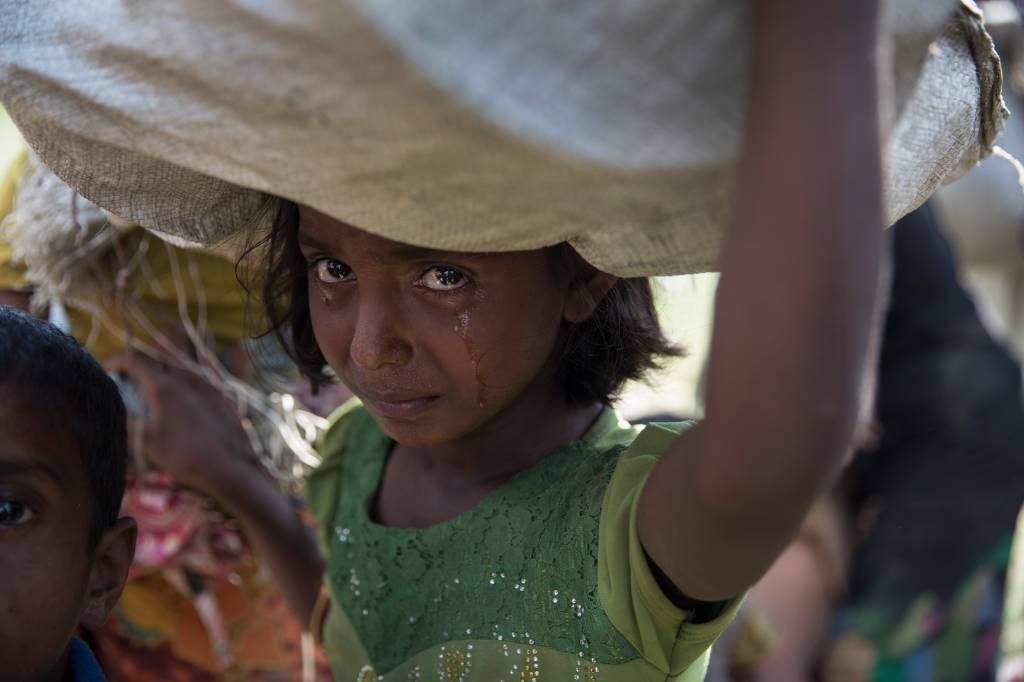 “The UN has been a failure since the end of the Second World War. Every case of genocide, the UN has failed.”

Zarni points out Rohingya have no legal rights in Myanmar.

In fact, the country’s 1982 Citizenship Act denies citizenship to Rohingya people on the basis of ethnicity.

“The Burmese government has imposed conditions that have been designed to make life unsustainable, intentionally,” Zarni told Global News.

“Why is the UN still sitting on its hands? By the time the UN comes out and says this is genocide, there will be not one Rohingya left in the country.”

Amnesty International said Tuesday that the “Rohingya people in Myanmar are trapped in a vicious system of state-sponsored, institutionalized discrimination that amounts to apartheid.”

“Their rights are violated daily and the repression has only intensified in recent years,” said Anna Neistat, Amnesty International’s senior director for research.

“This system appears designed to make Rohingyas’ lives as hopeless and humiliating as possible.”

“The security forces’ brutal campaign of ethnic cleansing in the past three months is just another extreme manifestation of this appalling attitude.”

Unlike previous years, the international outcry has accelerated in recent weeks with public figures, including Pakistani activist Malala Yousafzai, whom the Taliban attempted to kill, condemning the actions of the Burmese government.

“This the very first genocide that has been witnessed on Facebook and Twitter — think about it,” Zarni said.

“The staggering number — 100,000 women and children, elderly people — filing out every week consecutively for six weeks has to hit international headlines.”

“There’s still at least half a million people that are still facing danger by the Mynamar military,” he told Global News.

“That’s where Canada can stand up and try to be more forceful and not just hope that Aung San Suu Kyi will take action, by forcing her to take action or at least push her to be stronger, otherwise it’ll make the promise of ‘never again’ another unfulfilled promise.”

WATCH BELOW: Genocide against the Rohingya people

0:27 Trudeau to address Rohingya crisis in meeting with Myanmar leader

“The most disappointing thing to me is not the western disappointment that Buddhist are killing,” Zarni said.

“The most painful thing [is] that, to me, the society that I was raised in has grown totalitarian and fascist.”