Will, Grace, Jack and Karen are reunited in the first official trailer for the Will & Grace revival.

The five-minute musical trailer begins as Will (Erin McCormack) and Grace (Debra Messing) leave the office of Bob Greenblatt, the president of NBC Entertainment.

“Again, Bob, so excited,” Will says. “I can’t believe we’re back, taking the old peacock for another ride around the …”

READ MORE: ‘Will & Grace’ revival has been expanded

“Thing,” Grace says, finishing his sentence. “Riding the old peacock? You know you got the job, right? You left all your lipstick on this a**,” she says.

An encore? Don't mind if we do. pic.twitter.com/SnW9ljW21U

Grace reveals that she’s unsure if she wants to commit to a reboot because things have changed and she’s too busy.

Then Will takes Grace to the set of his apartment and shows her that nothing has really changed.

READ MORE: Debra Messing recalls being insulted by ‘Walk in the Clouds’ director

Will, Jack (Sean Hayes), Grace and Karen (Megan Mullally) reassure fans that everything is the same during a musical number. 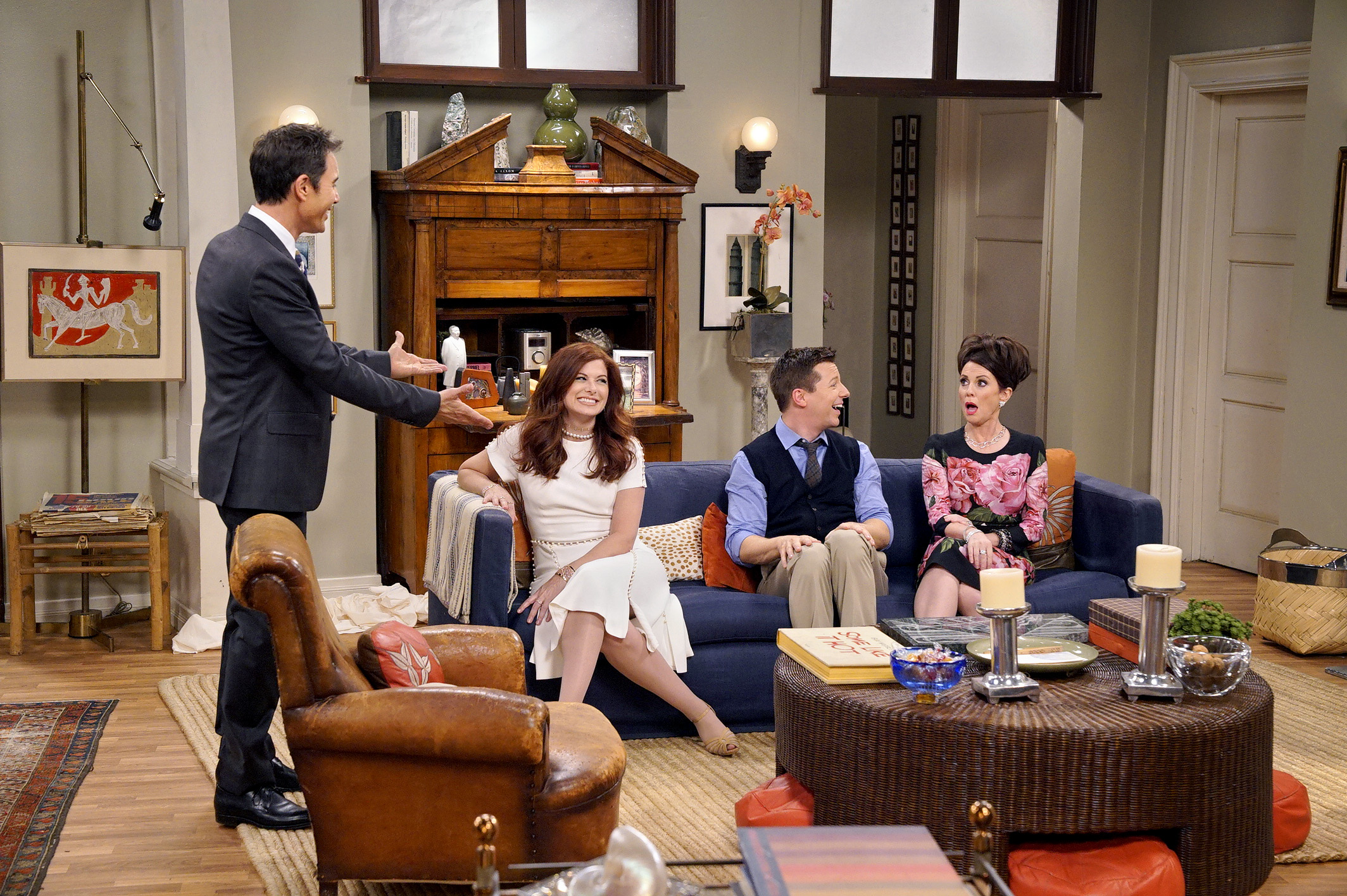 Fans of the popular sitcom took to social media to express their excitement after Messing tweeted the trailer.

@DebraMessing I squealed when I first saw this and I can't wait for the premier :)

@DebraMessing This is soooo great! The chemistry and vibe is so authentically like the old W&G! Nailed it!

@DebraMessing THIS MADE ME SO HAPPY!!!!!

Last week, NBC released a teaser, which hinted at a possible musical number in the revival series.

As promised, I now have wifi and here's video of the #WillAndGrace cast's musical number at #Upfrpnts2017! pic.twitter.com/t7BTIFjfv0

The forthcoming revival reunites the cast from the original Emmy-winning series, which ran from 1998-2006.

The series was originally picked up in January with 10 new episodes expected to air at an undisclosed date, but now, NBC has ordered 12 episodes.

The new season stems from the surprise 2016 presidential election PSA cast reunion which was a special nine-minute episode that encouraged Americans to “Vote, honey.” (Watch below)

The election-themed mini-episode was released on Sept. 26.

NBCUniversal recently released a campaign featuring footage of the cast, back in their characters.

Excited to share our @TogetherNBCU campaign ahead of our 2017 Upfront that will air starting 2morrow across our portfolio #UnequaledNBCU pic.twitter.com/6Hg2MA96XC

Will & Grace ran for eight seasons and won 16 Emmys out of 83 nominations.

The new season is expected to launch this fall after more than a decade off the air.