An RCMP officer has been shot on Highway 1 west of Golden, B.C.

RCMP said police were conducting a check stop in connection with a possible theft when the driver of a stopped vehicle failed to comply with police direction and stole another nearby vehicle.

“At this time we’re confirming that our officer sustained a gunshot injury during the circumstances surrounding the initial vehicle stop. The police officer has been taken to hospital. The officer and family are being offered all possible support,” Staff Sgt. Rob Vermeulen, spokesperson for RCMP in B.C., said.

Greg Jeannotte witnessed the moment the officer was shot by a suspect said to be wearing a bandanna. He was later identified as Sheldon Kyle Thunderblanket.

“At the check stop the guy behind us started getting more and more nervous,” he told Global News. “Then as the police moved to us and as they were going back to his vehicle, he pulled out a rifle. The police were using our vehicle for cover.”

Jeannotte said a police officer was shot in the arm, but she was conscious at the scene.

A group that represents RCMP members, the Mounted Police Professional Association of Canada, confirmed the officer was shot in the arm. She was later confirmed to be RCMP Cst. Amber Brunner.

The highway was closed for around six hours in both directions between Revelstoke and Golden. As of 9:30 p.m. PT, authorities were beginning to let traffic through that had been waiting on the 122-kilometre stretch of highway. Police searched  each vehicle that passed through, but did not allow any new traffic to enter the area.

“There is now an active search underway for the suspect in this incident, with multiple police resources responding,” said Vermeulen. “Please be advised it is very early during an evolving police investigation, and information at this time, such as direction of travel, is still limited.”

A witness at the scene said he saw a vehicle drive quickly by him on the highway between Golden and Revelstoke. He said the vehicle veered into a ditch to avoid a spike belt on the road and then disappeared.

Authorities have not released a suspect or vehicle description, causing many to be concerned about the suspect’s whereabouts.

In response, Vermeulen, said: “We can appreciate the concern and our members are using all available resources to locate and apprehend the person responsible.

Police say no one is in custody.

UPDATE, Wednesday, Oct. 12, 2016: The suspect wanted in connection with an incident involving an RCMP officer being shot in the arm along Highway 1 near Golden B.C. on Tuesday has been found dead. 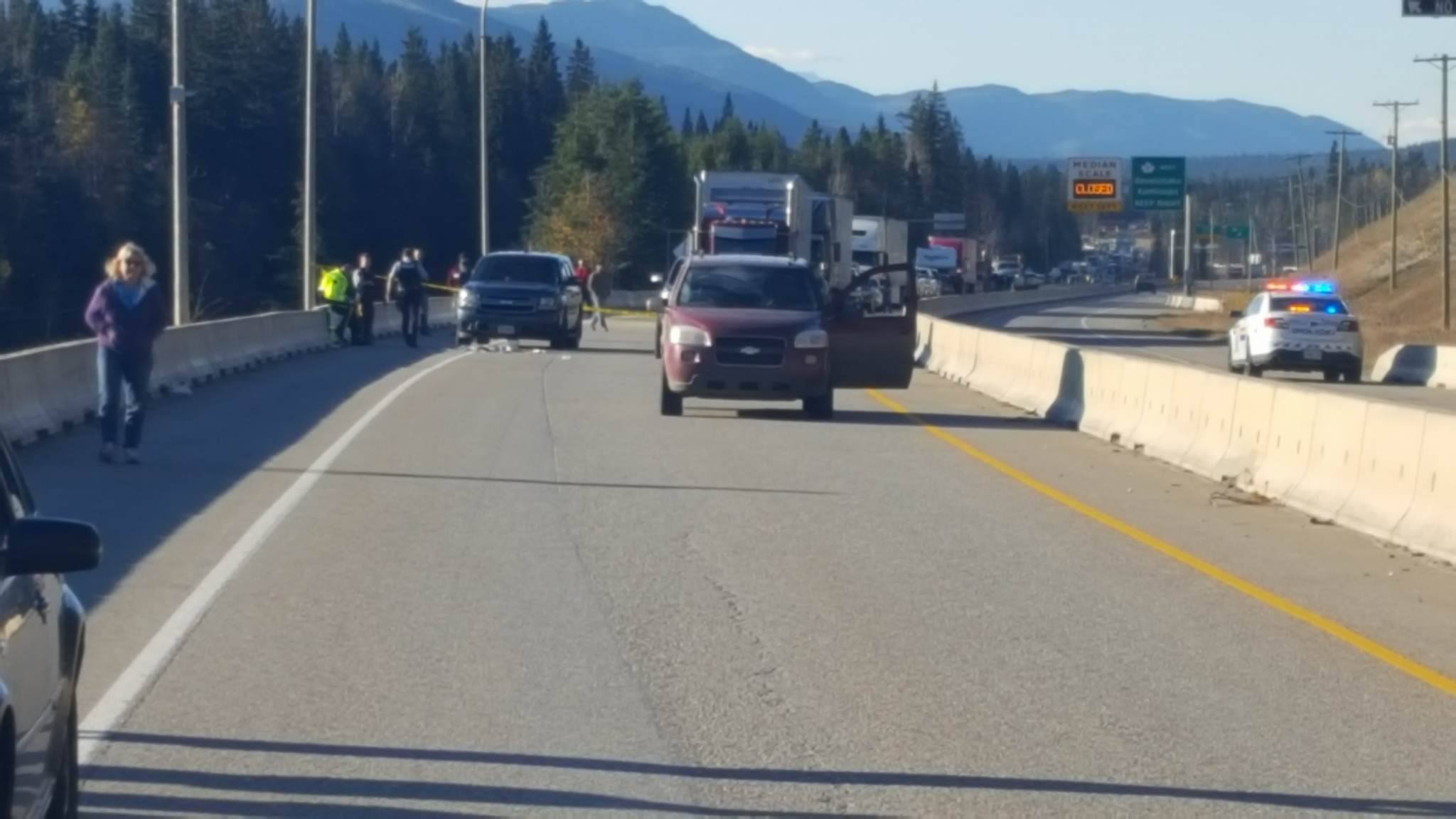