IPhone iOS 10: Here are all the changes and new features

Apple’s newest mobile operating system iOS 10 will be available for download Tuesday, bringing a slew of new features, and software improvements to your iPhone or iPad.

The tech giant has billed the free software update as the biggest overhaul of its mobile operating system to date. And while not all of the changes will seem enormous, there are certainly some big changes that users should pay attention to; from the ability to delete those pesky previously un-deletable iPhone apps (see you later, “Stocks” app), to a completely revamped Messages app.

Here are the changes and new features coming to your phone with iOS 10:

Messaging gets a major overhaul

One of the most noticeable changes to iOS 10 is the Messages app.

The app will still be your hub for sending iMessages and text messages, but you’ll be able to add a lot more to your messages. As CNet describes it, “It’s like Facebook Messenger and SnapChat had a baby.”

First of all, you will be able to change the way your message bubbles look to the recipient using something called “Bubble Effect.” The “Slam” effect will show the message flying into the conversation and landing with a puff of dust, whereas the “Loud” effect will look like you are yelling at your friend by sending a message with a giant bubble that eventually shrinks back to regular size.

READ MORE: Apple unveils iPhone 7 and 7 Plus without a headphone jack

You will also be able to send “Screen Effects,” such as confetti, balloons and shooting stars, and send messages using “Invisible Ink” that requires the recipient to uncover the hidden message. 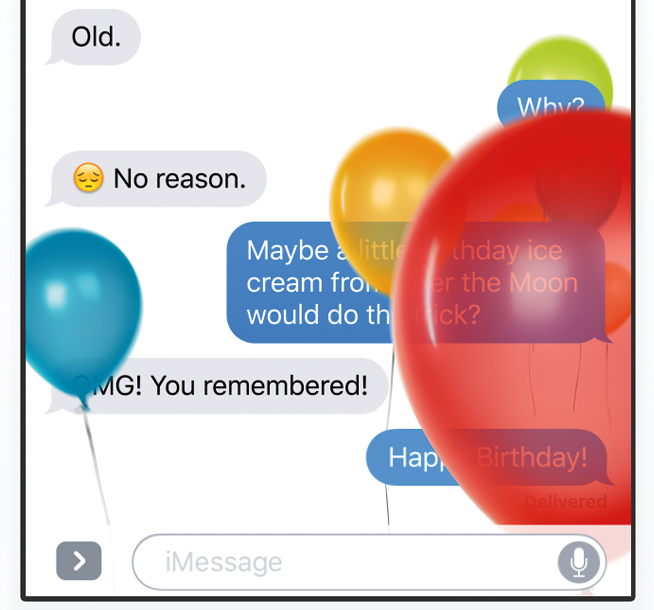 Of the more useful changes, web links will finally show up with a preview – which means you can see what you are about to click on – and you will be able to turn on read receipts for individual conversations.

Another big change that will take some getting used to is the new notifications system.

If you have an iPhone 6 or 6 Plus, iPhone SE or a new iPhone 7 or 7 Plus, you will now be able to check your home screen notifications by simply picking up your phone. You will no longer have to physically press on the home button to light up the screen.

New “rich notifications” will allow you to view photos and videos from the notification, and respond to a message without having to open the Messages app. If you get a notification while you are in another app, you will be able to drag down to open up a second pop-up window to interact with the app.

iOS 10 allows users to delete many of the apps that come pre-loaded on the iPhone. That’s right, you will soon be able to kiss the “Stocks” app goodbye and do the same to the “iBooks” app and even the long-hated “Tips” app that forever remains on your iPhone, long after you’ve learned how to use your phone.

You will be able to delete 23 apps, including things like “Find My Friends,” “Compass” and even the native “Mail” app. You will also be able to delete the “Apple Watch” app if you don’t have one of the smartwatches. Here is a link to a list of all of the apps you can delete on iOS 10.

But there’s a catch – don’t think that you are going to free up any space on your phone by deleting all of Apple’s built-in apps. This new ability technically only hides the icon associated with the app, it doesn’t actually delete it from your phone because it’s built-in to the operating system. However, Apple says the combined apps only take up about 150 megabytes (which isn’t a lot) in total.

Apple has built in new facial, scenic and object recognition software to help identify what is in your pictures. This means if you are hunting through your Photos app for something in particular – say a picture of Buckingham Palace you took on vacation in London – you can type in “Landmark” to the search bar to find it faster.

Get lyrics in Apple Music

Not sure what that line is in your new favourite song? Open Apple Music (as long as you are subscribed to the music streaming service) and tap on the three dots under the “Now Playing” section. With iOS 10 you will see a number of options, including one that says “Lyrics.”

A change to the Phone app will allow you to read your voicemail instead of listening to it. However, this feature is still being tested, so it might not always be available or accurate.

iOS 10 will roll out gradually to users starting Tuesday. You can check for the update on your phone by tapping on “Settings,” “General,” and “Software Update.” Keep in mind, it may take up to 24 hours for the update to roll out to all users. Once the update is available, you can either download the update directly from your iPhone, iPad or iPod (make sure you are connected to Wi-Fi), or plug you device into a computer with iTunes to start the process.

Before preforming any type of software update on your phone, there are a few things you should keep in mind.

iOS 10 is compatible with the following devices: 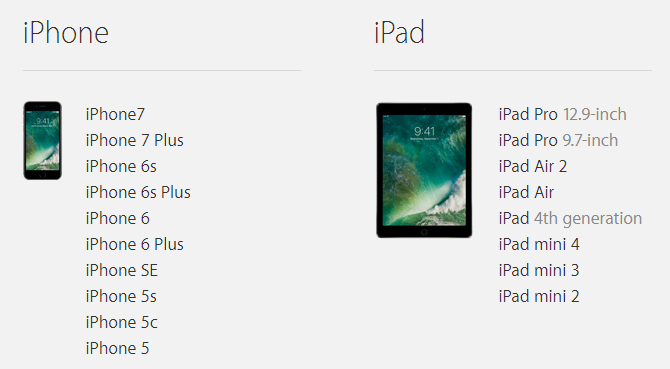 Backing up your device is always a good idea before running any sort of software update – you never know what might happen during the update process. To make sure all of your pictures, videos and data are safe, do a back up to iCloud or your computer. Apple offers instructions on backing up devices here.

You should also make sure you have enough space on your device for the update. Most software upgrades require around one gigabyte of space.

Be prepared for bugs

While some users may be eager to upgrade right away, it’s important to note that the first version of iOS is often buggy and users may run into a few flaws or hiccups. Users with older devices may also notice their devices slow down when using the newest OS. If you have an older iPhone – such as the iPhone 5S or 5C – you might want to wait before upgrading, in case other users report issues with their devices.