It comes at a time when demand at the food banks is the highest it’s been in the province’s history.

“This amazing contribution allows us to continue to work at maximum capacity on behalf of all of the organizations and the people we help,” Calgary Food Bank CEO James McAra said in a statement. “Plus it will give us the confidence to meet the ever-increasing demand in the coming year.”

Friday’s donation came from Brad Shaw, CEO of Shaw Communications, who is donating $6 million to the Calgary Food Bank, another $3 million to the Edmonton Food Bank and $100,000 for the Veteran’s Food Bank Project. Calgary organizers said Friday it’s a great example of how individuals are stepping up to support the need caused by the current economic downturn, and explained the money will help sustain programs in the years to come.

“We have been severely challenged by the increased numbers of people and organizations that need food because of the economic challenges faced by Albertans,” Marjorie Bencz, executive director at Edmonton’s Food Bank said in a release. “This gift will help us provide food on the tables for hungry people in 2016.”

A November report suggested the oilpatch slowdown is hitting Alberta’s food banks: 67,443 hungry people walked through their doors in March, 2015 – 23.4 per cent more than the March before.

The increase was sharpest in Alberta but was seen across the country, according to the Food Banks Canada report. Canada’s food bank use remains 26 per cent higher than in 2008, pre-recession. 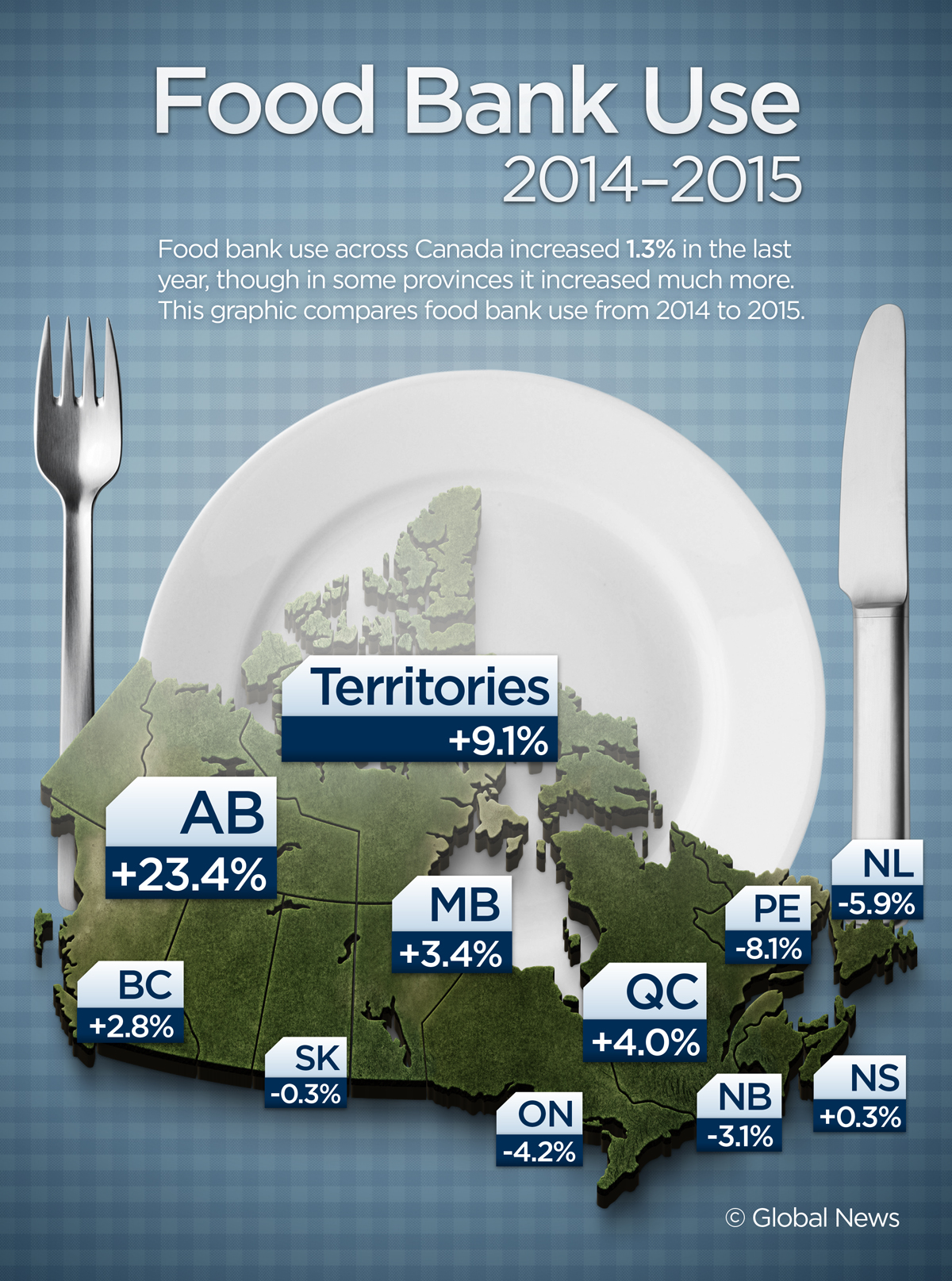 Alberta Food Banks executive director Stephanie Rigby called the numbers “startling” but said the numbers of visitors have continued to climb over the course of the year. Rigby said her association was forced to issue a call for help over the summer as its members’ shelves went bare.

“We are fortunate to live in such a plentiful and generous province, but still many people in our communities don’t know where their next meal is coming from,” Brad Shaw said.

“This could not have come at a better time,” Carrie Fritz, executive director of the Calgary Humane Society, said. “With daily animal intake on the rise and programs at risk due to a struggling economy, their tremendous support will make a huge impact.”

In November, the society dropped its adoption fees after two mass seizures of cats and birds put it over capacity. On Dec. 3, more than 300 exotic animals were seized.

“My family and I understand that the current circumstances facing our communities are particularly difficult, and we are pleased to be able to support the work of causes and organizations that make a difference to the health of our province,” Shaw said.

Shaw Communications owns Shaw Media, which is the parent company of Global News.