With more ways to get a flu shot in Sask., is it worth your while?

SASKATOON – It’s a familiar message from health officials every fall. Starting Monday, Oct. 19, residents both young and old are encouraged to roll up their sleeves and get a flu shot.

What’s different this flu season are the number of ways those wanting the added protection can get a shot. This year as part of the province’s influenza immunization program, pharmacists, for the first time ever in Saskatchewan, will be able to administer the flu shot. 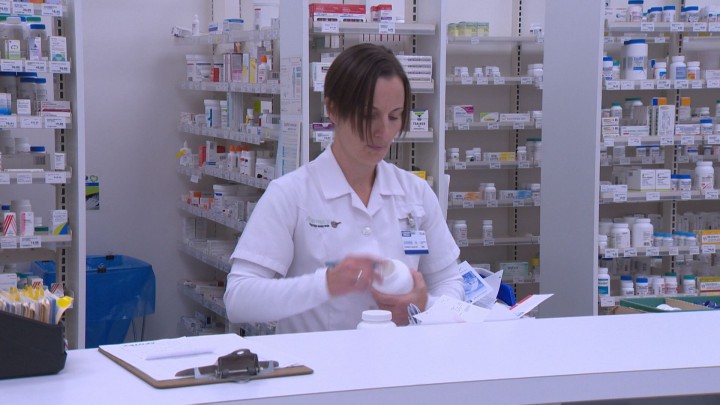 “I think it’s a great way to expand our scope of practice and it gives our patients a convenient location, more accessible, ” said Janine Hiebert, a pharmacy manager at London Drugs in Saskatoon.

On Wednesday, the province confirmed 200 of 360 community pharmacies in Saskatchewan will be providing free flu vaccines to anyone nine and older who want a shot to protect against the virus. Children under nine will need to be vaccinated at a public health clinic.

According to Saskatchewan’s chief medical health officer,  Dr. Saqib Shahab, one-third of the population typically gets a flu shot every year and 425,000 doses of the vaccine have been ordered to fight this year’s flu season.

“Last year we gave 338,000 doses of vaccine, so we think we are well positioned to meet the needs even with what we’re hoping for, an increase in uptake with pharmacists also vaccinating.”

Dr. Shahab says everyone should get the vaccine but it’s particularly important for those who fall into one of the following high-risk categories:

“We’re really hoping that people who go to pharmacies regularly and those are people who should especially get the flu shot, people with underlying risk factors may find that also a convenient option to get the flu shot if their pharmacy is offering it,” said Shahab.

Infants six months and older can get the injectable vaccine when flu clinics start and the nasal vaccine ideal for children two- to 17-years-old, will be available through public health. 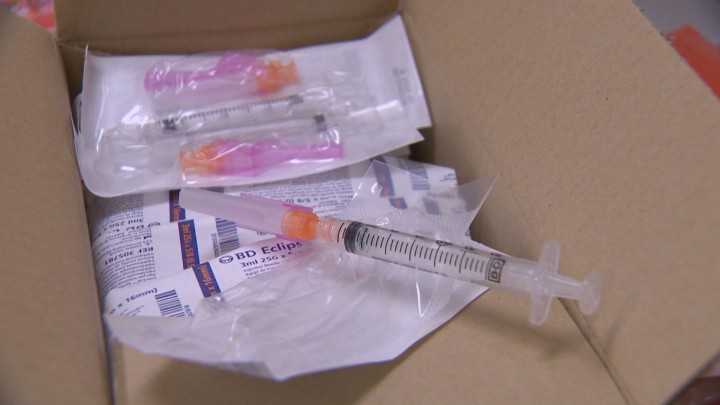 People are also reminded to call ahead to their pharmacy to see if the vaccine is being offered on-site.

“We’re starting off with a hundred [doses] and then going from there, so it depends on the need and how many customers are making appointments. We are booking appointments here, 10-minute appointments to make sure that we always have an injection pharmacist on site to provide the service.”

Each year, the influenza virus changes and it’s up to the World Health Organization to predict what will prevalent before the flu season strikes.

“The reason for difference in effectiveness is sometimes due to what’s referred to as a mismatch between what’s circulating in the community and what’s in the vaccine,” said Yvonne Shevchuk, associate dean academic for the College of Pharmacy and Nutrition at the University of Saskatchewan. 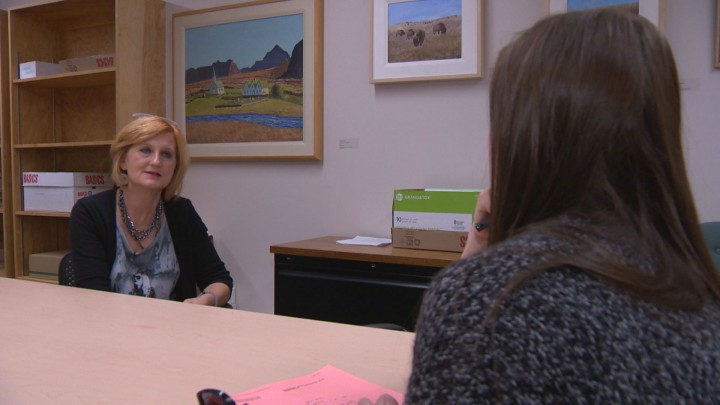 It’s a guessing game that can have deadly consequences. Last year, the flu season killed 606 people across the Canada and led to over 8,000 hospitalizations.

“Sometimes that match is really good and sometimes it’s not so good, last year it was particularly bad year as far as match went,” added Shevchuk.

According to Shahab, Saskatchewan recorded eight deaths and 25 intensive care unit admissions related to the flu season, numbers he believes are under-reported based on the high number of outbreaks that occurred during that time, 91 to be exact in long-term care facilities.

“The reason for a high number of outbreaks last year was that the strain that was going around was the H3N2 strain and that historically affects elderly more significantly compared to the pandemic H1N1 that affects younger people more significantly.”

Health officials say even if this year’s shot isn’t as effective as they hope, 80 per cent coverage is normal and that getting a shot will still provide some protection and that’s better than nothing.