By the numbers: A look at the 2015 Canadian forest fire season

WATCH ABOVE: Wildfires in southern B.C. relent enough for some evacuees to return home.

TORONTO – While the threat of forest fires has finally dropped to more manageable levels, this summer has proven to be one of the busiest in the past few years.

So, just how bad have the fires been?

READ MORE: A visual look at the last three days of fires in southern B.C.

And in 2014, which was the worst fire season since 2007, 4,123,986 hectares burned, the equivalent of burning the entire country of Switzerland. 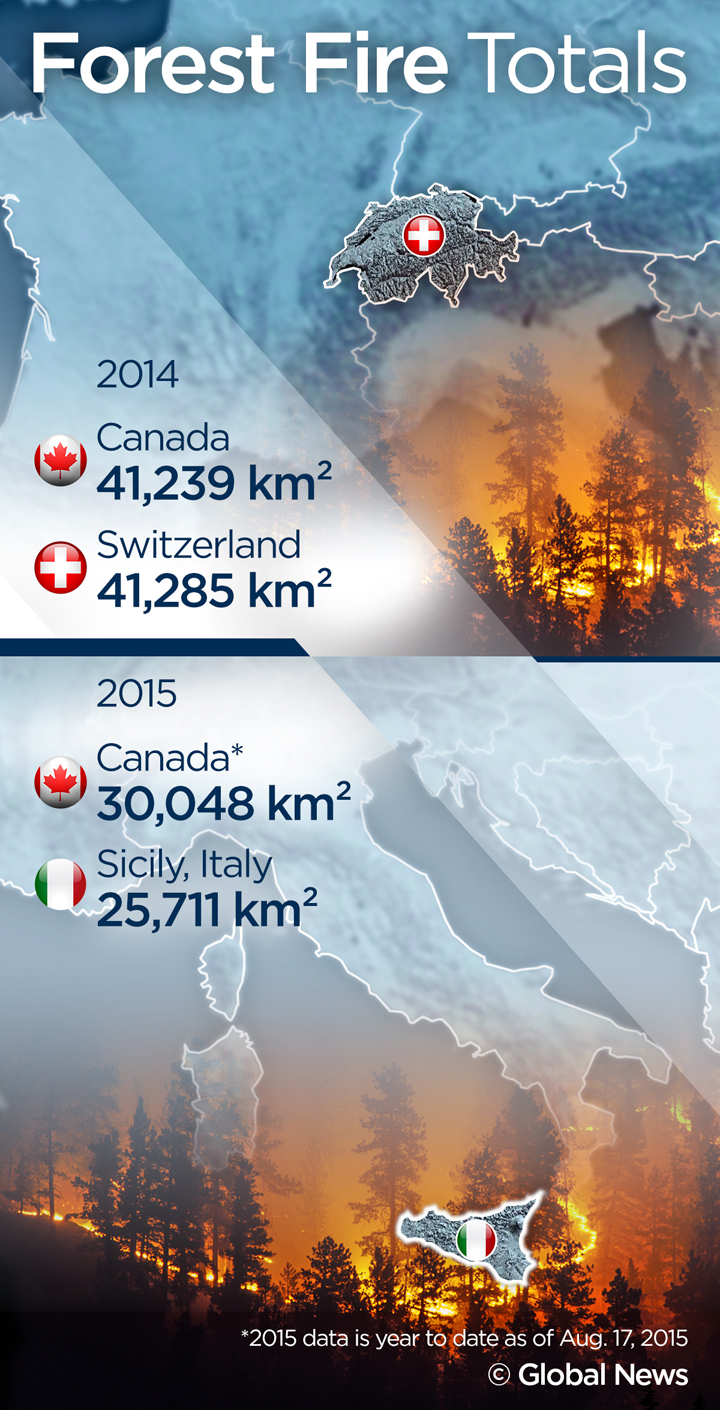 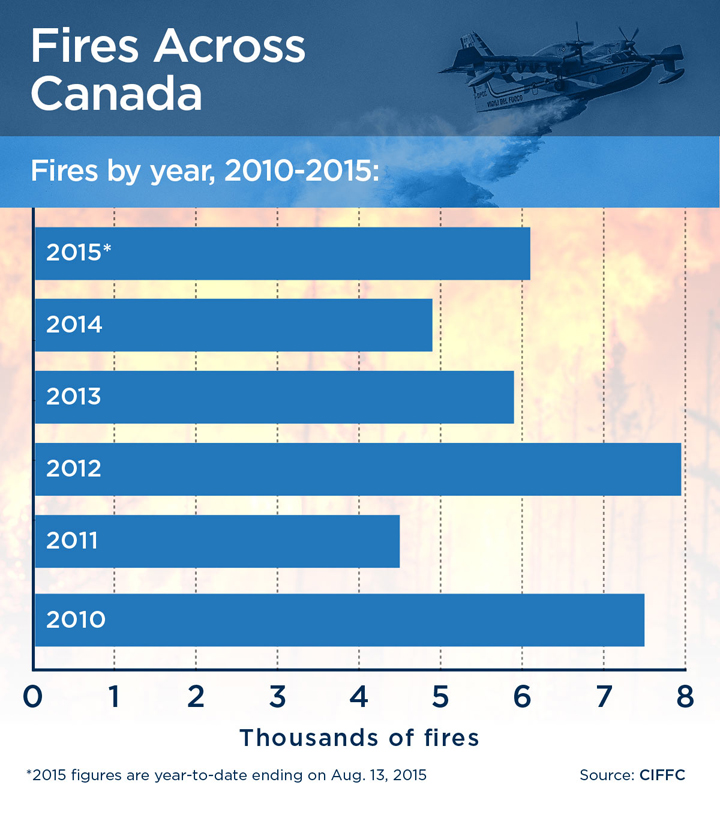 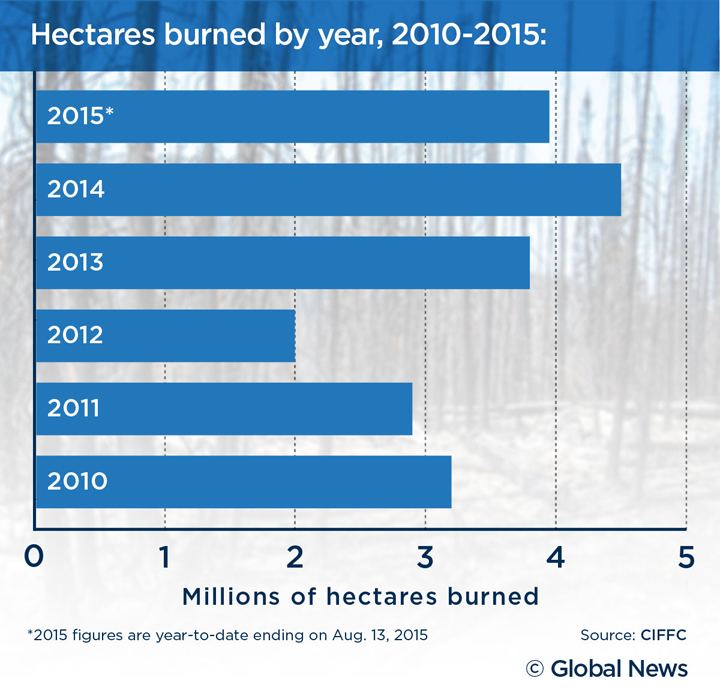 Then there’s the response efforts.

Fighting fires across areas larger than islands or small countries is a collaborative effort. Firefighters from across the country and even from the United States have pitched in to help combat the active fire season. 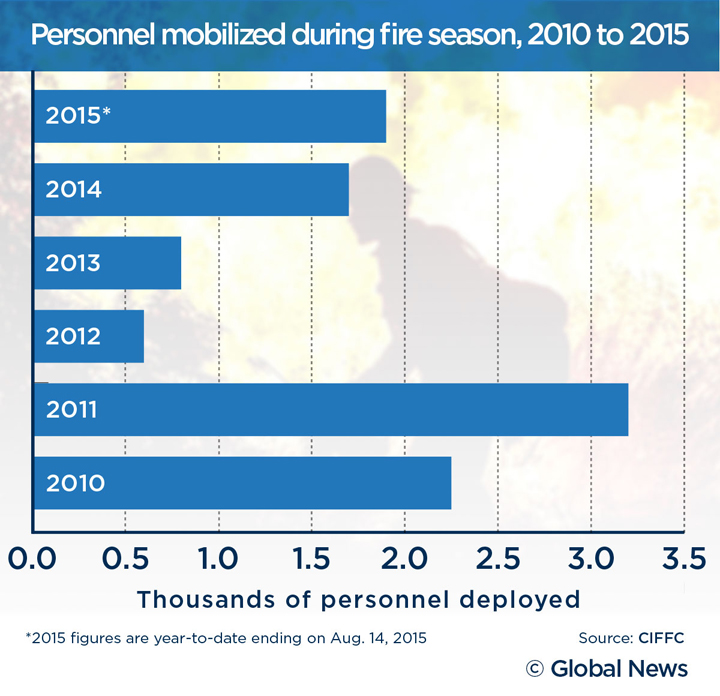 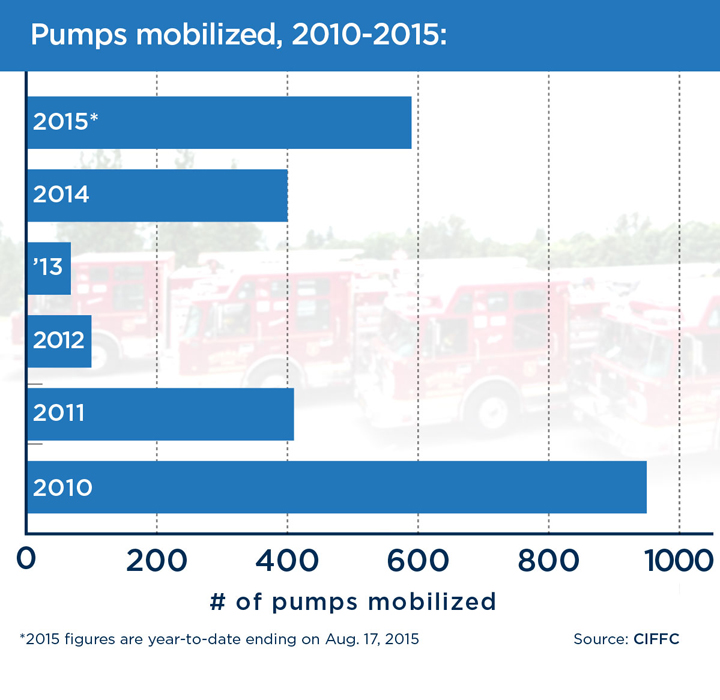