Watch above: In conversation with Alberta premier Jim Prentice.

EDMONTON — From a scathing report into the expenses of former premier Alison Redford to one of the the biggest floor-crossings in Canadian political history, it’s been a busy and controversial year in Alberta politics.

The year got off to a slow start, with the first hot topic being the release of the so-called sunshine list. Despite a last-minute court injunction preventing the publication of Crown prosecutor salaries, the province made public more than 3,000 government employees’ salaries.

Alberta politics started to heat up when opposition parties escalated their criticism of then-premier Alison Redford’s costly trip to attend Nelson Mandela’s funeral the previous December. Redford came under fire for billing taxpayers $45,000 for the trip. At the time, the Wildrose said Nova Scotia Premier Stephen McNeil attended the same event and charged taxpayers less than $1,000.

Redford apologized for the cost of the trip, but said she was not willing to repay the money.

Other government spending came under scrutiny, too, including a $9,000 hotel bill racked up by Redford’s executive assistant, and a $9,200 trip for Redford, her daughter and two bodyguards to return to Calgary from Palm Springs for former premier Ralph Klein’s memorial service.

The Alberta government announced a surplus in its 2014 budget on March 6, but critics were quick to interject, saying the PCs were growing Alberta’s debt load and saddling taxpayers with interest payments.

Following weeks of pressure and criticism from opposition parties, Redford announced on March 12 that she had “personally paid for the costs associated with the recent South Africa trip.” She said she didn’t want the issue to distract from work needed to build the province.

In the week that followed, two PC MLAs quit the Tory caucus and a PC riding president called for Redford’s resignation. Then, on March 19, after being absent from question period that morning, Redford called a media conference to announce she was stepping down as premier.

The next day, Dave Hancock was announced as her replacement. Hancock was sworn in as Alberta’s 15th premier on March 23.

Redford was out as premier, but the controversy continued in late March, when documents revealed she had been planning a swanky, taxpayer-funded penthouse retreat on top of a government building. The premier’s suite, dubbed the Sky Palace, was to have bedrooms for Redford and her pre-teen daughter, a powder room, walk-in closet, butler’s pantry and dining, study and lounge areas.

In what would become a very heated topic later in the year, the Alberta government voted down a private member’s bill in early April that would have made it mandatory for Alberta schools to allow for the creation of gay-straight alliances. The final vote on motion 503, which was put forward by Liberal MLA Kent Hehr, was 31 to 19.

On April 28, 60-year-old Brian Mason announced he was stepping down as Alberta NDP leader. Mason said he would stay on as MLA for Edmonton-Highlands-Norwood and likely run again in the 2016 election.

MLA Alison Redford returned to the legislature after an extended absence, which included a sighting in California that caused a social media stir. She was granted paid leave under a rule which allows absence due to illness or injury, bereavement and public or official business. While the reason behind Redford’s absence was kept confidential, political analysts speculated that it was due to stress.

Watch below: Where is former Alberta premier Alison Redford?

Candidates for leadership of the PC party were announced May 30, marking the official start of a three-way race between Thomas Lukaszuk, Ric McIver and Jim Prentice.

The province rolled out a new licence-plate design with the notable absence of the “Wild Rose Country” slogan. Then-minister of Service Alberta Doug Griffiths said the new plates would “make it easier for police to spot vehicles that are unregistered, uninsured, or stolen.” But backlash quickly followed, and the three men vying for leadership of the PCs said they would revisit the design if they were chosen.

With a report on spending by Alison Redford looming, the former premier announced on Aug. 6 she was stepping down as MLA for Calgary-Elbow “to start the next chapter of my life, teaching and resuming work in international development and public policy.”

A day later, the auditor general’s scathing report was released and a social media frenzy erupted. Auditor General Merwan Saher concluded that Redford used government aircraft for personal and partisan purposes. Saher said “the aura of power around premier Redford and her office and the perception that the influence of the office should not be questioned” led to inappropriate spending.

Jim Prentice won a landslide victory in the PC leadership race on Sept. 6. The 58-year-old former Calgary MP and cabinet minster won the three-way race with 77 per cent of the vote.

Nine days later, Prentice was sworn in as the 16th premier of Alberta. He was slammed by critics, though, for appointing unelected officials to his cabinet.

Watch below: Jim Prentice addresses Albertans after being sworn in as premier

In his first big announcement as premier, Prentice said on Sept. 18 he was scrapping plans for new Alberta licence plates.

“This is Alberta’s new licence plate,” Prentice said, holding up a current plate.

Six months after Brian Mason announced he was stepping down as leader of the Alberta NDP, MLA Rachel Notley picked up the torch, winning a commanding 70 per cent of the party vote to become the new leader. Notley defeated Edmonton-Calder MLA David Eggen and labour leader Rod Loyola in voting.

The Progressive Conservatives swept the Alberta byelections on Oct. 27, winning all four seats that were up for grabs.

The PC wins prompted Danielle Smith to question her leadership of the Wildrose, and she asked for a review at the party’s annual general meeting in mid-November. However, the review didn’t happen, as the party unanimously endorsed a resolution asking for a withdrawal of Smith’s request.

Wildrose MLA Joe Anglin announced on Nov. 2 he was leaving the party to sit as an Independent. The Rimbey-Rocky Mountain House-Sundre MLA said it was “no secret that I have been a round peg in a square hole in the Wildrose party.”

Leader Danielle Smith vowed on Nov. 14 to quit if she isn’t elected premier in 2016.

One day later, Wildrose party members voted 148-109 against adopting as policy statement that affirmed rights for everyone regardless of race, religion, sexual orientation and other differences. Smith said she was out of the room when the rollback vote was taken, and would have voted for it. Little did political watchers know at the time, the vote was one of the major reasons she would cross the floor to join the PCs just one month later.

Dropping oil prices were a hot topic for the latter part of the year. While the relief at the pump was welcomed by drivers across the country, oil’s crash threatened to derail the province’s booming economy. Premier Jim Prentice said his government wouldn’t spend its way out of the problems. 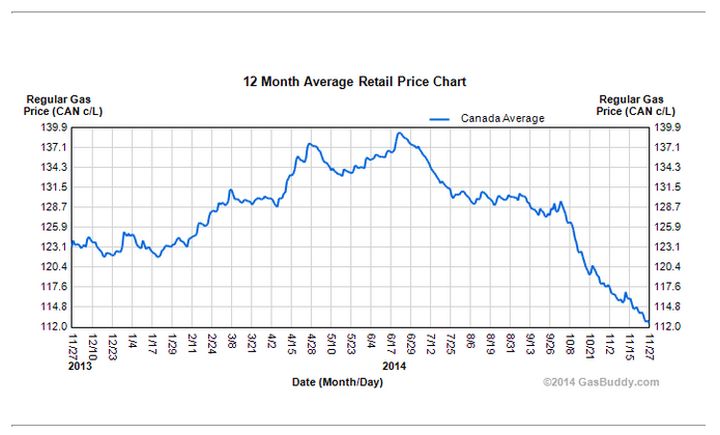 In what turned out to be one of the most talked-about moments in the legislature this year, Liberal MLA Laurie Blakeman introduced Bill 202, the Safe and Inclusive School Act, on Nov. 20. The bill would have mandate Alberta schools to allow students to create gay-straight alliances. Liberal Leader Raj Sherman said the bill would be the litmus test for the Tories on tolerance. One week later, Prentice said the PCs would introduce a bill of their own, calling Bill 202 unfair and divisive.

Wildrose MLAs Kerry Towle and Ian Donovan crossed the floor to join the Alberta Progressive Conservatives on Nov. 24. At the time, Smith said she was confident no more MLAs from her party would leave for the PCs.

Bill 10, the PC party’s response to Bill 202, was introduced Dec. 1. It was quickly slammed by critics and members of the LGBTQ community, as it originally stipulated students would have to file a court challenge if their request for a gay-straight alliance was denied.

Facing mounting resistance on the controversial bill, the PCs passed an amendment just two days later. Still, opponents said it opened the door to segregating some gay youth who want to form GSAs.

Just three days after introducing Bill 10, Premier Prentice put it on hold, saying the mistakes were his to bear.

“I accept personal responsibility for that as the premier. I’m most disturbed that our gay and lesbian youth are caught in the middle of a very divisive debate. This, they didn’t ask for, and for the most part these are young people trying to find their way in life and in our province.”

With the fall sitting of the legislature wrapped up, many Albertans thought the controversies and political bombshells were over for the year.

But on Dec. 15, rumours surfaced of more Wildrose MLAs considering crossing the floor to the PCs. While it was initially thought that six MLAs, including Leader Danielle Smith, would cross, on Dec. 17, nine announced they were leaving to join the Prentice government.

Watch below: The ever-changing make-up of the Alberta legislature

The following day, Albertans learned the Wildrose move was a month in the making.

On Dec. 22, four days after saying he advised Smith on a merger with the Progressive Conservatives, former federal opposition leader Preston Manning apologized. In an online post, Manning said he did not give proper advice to Smith and that he should have recommended the same process the Canadian Alliance followed when it merged with the federal Progressive Conservatives in 2003.

Also on Dec. 22, the Wildrose party named Calgary Fish-Creek MLA Heather Forsyth as interim leader until a leadership contest is held sometime in 2015.

The following day, Speaker Gene Zwozdesky announced the Wildrose party would hold onto its status as the Official Opposition. He said the Wildrose’s incumbency was the key factor in his ruling.

While it’s been an eventful year, there are still a couple of days left in 2014. And who knows what the legislature will have in store for Albertans in 2015?