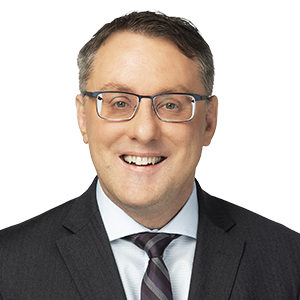 Inside Sports with Reid Wilkins brings you the latest on the Edmonton Oilers, the Edmonton Elks and the local sports scene. Tune in weeknights from 6 p.m. – 8 p.m. for entertaining stories and unique guests!

Fill the Net totals will be updated every Monday.

Defenceman Philip Broberg has been limited to just seven games with the AHL’s Bakersfield Condors this season, compiling four points.

Ilya Sorokin made 49 saves to lead the New York Islanders to a 3-0 win over the Edmonton Oilers Wednesday night.

The New Jersey Devils tied a franchise record with their 13th-straight win, beating the Edmonton Oilers 5-2 at home on Monday night.

The Edmonton Oilers get another electrifying goal from captain Connor McDavid to down the Vegas Golden Knights 4-3 in overtime at Rogers Place on Saturday night.

The Oilers sport a mediocre record of 9-8. They often fall behind, having allowed the first goal 10 times in 17 games.

The Los Angeles Kings put on a stingy performance to score a 3-1 win over the Edmonton Oilers in a chippy game Wednesday night at Rogers Place.

The Edmonton Oilers host the L.A. Kings Wednesday night at Rogers Place in their first meeting since the Oilers won a seven-game playoff series last spring.

Edmonton Oilers wrap up their time on the road with a win over the Florida Panthers.

Andrei Svechnikov recorded a hat trick against the Edmonton Oilers for the second time this season as the Carolina Hurricanes beat the Oilers 7-2 Thursday night.

"Whoever wins that match between Croatia and Canada, I am sure they deserve it.'' trib.al/L2BaGVH #CANMNT… twitter.com/i/web/status/1…

"The morale is unbelievably high. I've never seen that after a loss before." #CANMNT #WorldCup2022 #FIFAWorldCup trib.al/vKiVNqO