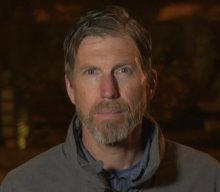 Stewart Bell is a Canadian journalist who specializes in national security and foreign affairs. In 2022, he won the RTDNA award for enterprise journalism for his reporting from Afghanistan. His coverage from Syria was a finalist for the Canadian Journalists Association award in 2019. In 2018, he won the Edward R. Murrow Award for Investigative Journalism. His magazine article about Sierra Leone’s child soldiers, “Guerrilla Girls,” was awarded the Amnesty International prize. He won the South Asian Journalists Association award for his coverage of the Sri Lankan civil war, and his Saturday Night article “The Terrorist Next Door” was a finalist for the National Magazine Award and was made into a television movie. He is the author of three non-fiction books, the national bestseller Cold Terror, The Martyr’s Oath and Bayou of Pigs, about a far-right coup in the Caribbean. He was one of Homemaker’s magazine’s “60 men we love,” and received the Queen’s Diamond Jubilee Medal for his writing on terrorism. He has a Master of Journalism degree from Carleton University and joined Global News in 2017.