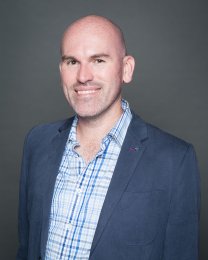 Nick Logan went rogue from his life as a global wanderer to become a journalist for Global News.

He started with Global in 2011 as the web producer for what was Global Maritimes (now Global Halifax and Global New Brunswick) and is currently working with the team at Global National and covers the world news beat.

Before diving head first into the news world, Nick spent nearly a decade hopping around the planet — travelling to more than 40 countries and circumnavigating the globe, by ship, three separate times.

He has an unrelenting passion for international news and always keeps his eyes peeled for stories that can bring the world a bit closer to home.

Nick’s happiest with a backpack on his back, a camera in his hands and a story to come back with.

In the spring of 2013, he was nominated for two Atlantic Journalism Awards for GlobalNews.ca articles.