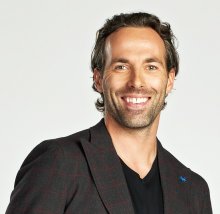 Mike Arsenault began his broadcasting career in 2013. His work as a presenter, host and sideline reporter has been featured on The Weather Network, CBC and CBC News Network in Canada and ESPN, CBS Sports Network and CBS in the United States.

He joined Global News in 2015, where he has created and produced the following series: The Drive to 300 Yards, Top Dog, What’s Your Fitness Age, Second Serve: An Inside Look at Canadian Tennis, and The Culture of Fitness, among others.