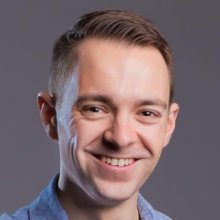 Prior to joining Global in July 2020, he spent two years covering federal politics as a reporter with CPAC.

He also previously worked with the CBC, most recently as a reporter with CBC Ottawa and as an associate producer with Power & Politics.

He graduated from Carleton University’s Master of Journalism program in fall 2017.

Before making the switch to journalism, Marc-André worked as an immigration policy analyst with the federal government. He also holds an MA in political studies from Queen’s University.