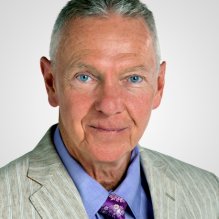 Reporter John L. Daly likes breaking stories, like the sudden plea bargain of one of the Surrey Six murderers, and the simultaneous (caught on camera!) takedown of notorious gangster Jamie Bacon.

He’s been with Global BC since 1980, with the exception of a three-and-a-half-year hiatus.

Born in New York City, his hometown has been Vancouver since the mid 70’s. Daly has attended CUNY, York, and UBC, and is a active member of IRE (Investigative Reporters & Editors)

He’s taught interviewing techniques and investigative reporting at BCIT and UBC Continuing Education, and is frequently an invited speaker for professional organizations and conferences on the demands of the news media, and where news is headed.

His favourite stories? “The ones that expose the scoundrels, and help the little guy!”

Of all his awards, John is proudest of winning the very first Webster, for the best reporting of the year, in any medium, placing his cameraman, editor and himself against all other TV, radio, magazines, and newspapers. (now there’s a host of categories)

John has two wonderful grown children and he is happily married to PR maven Shalina Kajani. Mornings, John can be found on the yoga mat; weekends and holidays, cycling (road, touring, and mountain); for vacations, he enjoys travelling to exotic locales with Shalina. Follow him on Twitter: @John_L_Daly.