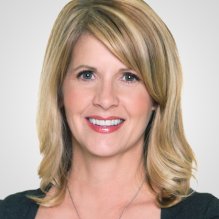 Trailblazing journalist, Jill Krop began her career at CKPG in Prince George in 1986. Just a year later, she was hired as the first evening news anchor at STV Regina, now a Global station. From there, Krop went east to Halifax and ASN. In 1994, Krop returned to her home province and began working at CHEK TV in Victoria. Three years later, she made the move to Vancouver and joined the team at what was then BCTV, now Global BC.

While with Global, Krop was named host of Global News BC 1’s Unfiltered which offers an introspective look at the stories and issues making waves across the province. In early 2015, she made the jump to her current position as BC Regional Director of News, Global News to lead one of the most dynamic and successful newsrooms in the country.

When not in the newsroom, Krop can be found out in the community supporting a number of local charities including the, BC Sports Hall of Fame, Coast Mental Health Foundation, and BC Children’s Hospital and Variety telethons, which combined, raised over $25 million every year for the community.