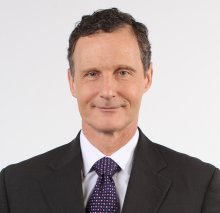 Jacques Bourbeau is the Director of Newsgathering for Global News.

Jacques oversees The Hub, an assignment desk that provides instant insight into newsgathering efforts across the country and reduces any overlap in story selection between stations and platforms.  The system allows Global News journalists to deepen audience engagement by producing more original storytelling than ever.

Jacques has also covered major stories such as the Oka crisis and 9/11. Additionally, His reporting on the fallout from the Canadian Airborne Regiment’s deployment to Somalia won him an RTDNA award.

He also informed Canadians about how one new Senator spent $52,000 in a six month period travelling across the country and that senate committees were spending hundreds of thousands of dollars flying around the world in business class.

Jacques has also reported on federal government errors including the auction of a bulldozer for $5500 which the government later had to buy back for $65,000. Perhaps most notably, he reported on military spending; hundreds of thousands of dollars were spent moving top generals within the same city when they were on the verge of retirement.

As a result of Global’s and Jacques’ work, the government changed its policy. Most recently, Jacques was on the scene when Canadians expressed shock at the unprecedented attack on Parliament in Ottawa that left two dead, many in lockdown and heightened security across the country.

During his off hours, you will often find Jacques on a bicycle riding the back roads of the Ottawa Valley or hitting the rapids in a kayak. He loves spending time with his wife and children and re-charges his batteries at his heritage pioneer farm in the beautiful Madawaska Valley.

See how every federal civil servant receives a severance cheque

Party leaders poke fun at themselves, others during Press Gallery dinner

Chinese foreign minister criticized for lashing out at Canadian journalist

A total of 53,699 people there have been tested for COVID-19 and 168 people have recovered after contracting the vi… twitter.com/i/web/status/1…

WATCH: B.C. conservation officers came across a coyote with its head stuck in a jar in Maple Ridge, B.C., on Tuesda… twitter.com/i/web/status/1…