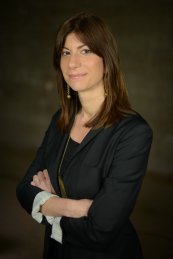 Hannah joined 16×9 as a producer in August 2010. Since then, she has produced features and investigative pieces covering a variety of controversial and diverse topics from euthanasia to the safety of energy drinks, for which she won two awards – one from the Canadian Medical Association and another from the Ontario Registered Nurses Association. Her stories have taken viewers to the rainforests of Sarawak to meet the Penan people to Voodoo temples in Haiti and Quebec. Hannah began her career in broadcast journalism at CTV’s W5 and later went on to freelance as an associate producer for National Geographic, E1 Television/History Television and independent filmmaker, Laura Sky. Hannah started her career in journalism in print media, and has published work in ELLE Canada, Fodor’s Travel Guides and Canadian Art. She also served as a Chapter President for Journalists for Human Rights. Hannah holds an MA in Journalism from the University of Western Ontario and a BAS in Fine Art History from the University of Toronto.