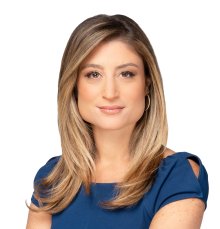 As an award-winning broadcast journalist, Caryn Lieberman shares her love of news with viewers as a reporter for Global News Toronto.

Lieberman studied Journalism and Communication studies at Concordia University, graduating on the Dean’s list in 2002. Upon graduation, Lieberman joined the Global News team in Montreal as a reporter and host before moving to CTV as a news writer in 2007.

A year later, Lieberman reported and produced segments for CP24 before making the jump to Sun News Network in 2011 to host her own national news show, Right Now with Caryn Lieberman. She also reported on hard news stories for the network in 2014 before ultimately becoming a crime and courts reporter with Global News Toronto.

While with Global, Lieberman has covered a number of significant events in the GTA including the police shooting of Sammy Yatim, the impaired driving crash that killed three children and their grandfather, the Yonge Street van attack and the Danforth shooting. Throughout the pandemic, Lieberman has reported from the frontlines of the battle with COVID-19, interviewing healthcare workers in intensive care units, patients in emergency rooms and survivors at their homes.

In 2011, Lieberman was awarded with the RTNDA Adrienne Clarkson Award for Diversity for her Remembrance Day and Holocaust Education Week stories.

Lieberman speaks fluent French and loves travelling and spending time with her daughter and son.