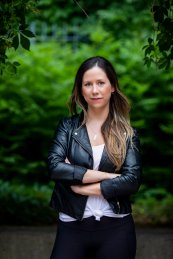 Amanda Connolly is an award-winning political reporter whose experience living and working across Canada gives her a truly national perspective on the news impacting Canadians.

Prior to joining Global News in 2017, she spent three years covering federal politics for iPolitics, where she earned a reputation as a tenacious and relentless reporter focusing on national security and foreign affairs. Her work covering the Syrian refugee crisis won her the 2015 European Union-Canada Young Journalist Fellowship, and in 2016 she asked a question about human rights during a press conference with the Chinese foreign minister that kicked off an international incident and drew critical eyes around the world to how democracies should be engaging with China, which continues to this day. She has also extensively covered the diplomatic fight between Canada and Saudi Arabia, breaking exclusive stories on how diplomatic attempts to resolve the dispute failed and ultimately spilled out onto the world stage. She loves to dig for the things officials would rather people not hear about, and many of her most impactful stories come through the creative filing of access to information requests.

Before moving to Ottawa in 2014, Amanda spent two years as a reporter for the CBC in Calgary where she covered the 2013 Southern Alberta floods as part of a team that earned three RTDNA awards for breaking news. She reported on the resignation of former Alberta premier Alison Redford and the leadership campaign and election of her successor, the late Jim Prentice. She also covered crime, municipal politics, arts and culture, and everything in between.

Amanda graduated from Carleton University’s Bachelor of Journalism program in 2012 and grew up in Toronto, Vancouver and Edmonton. When not working, she can usually be found reading or filing access to information requests. She is also an avid fan of history.