The New Jersey Devils tied a franchise record with their 13th-straight win, beating the Edmonton Oilers 5-2 at home on Monday night.

The Devils scored on their first shot of the game when Jesper Bratt blasted a power-play one-timer past Oilers goaltender Stuart Skinner at the 2:25 mark.

The Oilers replied on a man-advantage when Leon Draisaitl’s pass went in off Devils defenceman Brendan Smith.

Five minutes into the second, Skinner gave the puck away near his own goal, setting up a tap-in for New Jersey forward Dawson Mercer.

“The puck was bobbly — tried to make a play into the corner”, Skinner said after the game while talking about the goal. “That’s a tough one to let in.

“I definitely need to make a better play, but at the same time, you’ve just got to bounce back and move on.”

The Devils went up 3-1 not long after when Damon Severson finished off a pretty passing play.

The Oilers moved within one five minutes into the third when Ryan Nugent-Hopkins tapped in a rebound. However, Devils forward Tomas Tatar made it 4-2 a couple of minutes later.

Yegor Sharangovich added one more for New Jersey late in the game.

“I’ve got some stuff to clean up, work on my game, keep getting better and move on. Next game I’m going to be better for it,” Skinner said.

“There was game and fight in our team,” Oilers head coach Jay Woodcroft said after the game. “But in the end, (we need to be) learning to clean up some of those individual errors.

“You play a team that’s at the level they’re at right now, you can’t make those errors. You want to make sure that the other team beats you, not you beating yourself.”

Oilers backup goalie Jack Campbell was hit in the face with a puck in the final minute of the second and didn’t return to the bench.

The Oilers (10-9) visit the New York Islanders on Wednesday. You can listen to live coverage of the game on 630 CHED, beginning with The Faceoff Show at 4 p.m. The actual game starts at 5:30 p.m.

–With files from James Dunn, 630 CHED 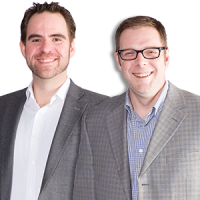