Edmonton Oilers tweak lineup as they go for sweep in Winnipeg

Winger Patrick Russell will make his season debut. Jujhar Khaira returns after being scratched for the last five games. Defenceman Caleb Jones is back after missing four games.

Read next: Scientist says most Bigfoot sightings boil down to this simple explanation

“Patrick Russell has been dominant with the taxi squad group,” explained Tippett. “Koekkoek’s been alright, but we’re looking to try to improve our puck moving a little bit if we can.

“Khaira we need to be a strong, powerful centreman, a good penalty killer, play the game in the offensive zone with some heavy minutes around the net. I give him the credit. He’s been a very hard working guy, great attitude.”

The Oilers will be trying to win back-to-back games for the first time this season. They’re coming off a last second 4-3 victory over the Jets on Sunday.

“We can definitely use it as a positive thing that we scored those two goals late,” said Ryan Nugent-Hopkins. “We know that they’re going to respond tonight.”

The Oilers expected lineup is: 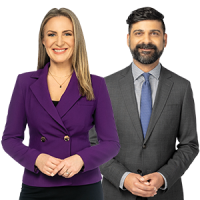