Anyone who watched Sesame Street religiously during their childhood days will remember one of the iconic television program’s most famous segments.

‘One of these things’ was a lesson that taught children how to spot items that are similar and separate the one that was different.

The lesson certainly applies to the last four teams that are standing in the National Football League playoffs, and there’s no need for Sesame Street’s muppets to explain.

At first glance, you will clearly see that Kansas City, Green Bay and Tampa Bay all have two words in their city name and Buffalo does not. Easy one, right?

But if you look a little closer you will see a bigger difference when comparing those three franchises to the Bills.

The Packers (four times), Chiefs (twice) and Buccaneers (once) have all won a Super Bowl title while Buffalo is the NFL’s first, and only, franchise to appear in four straight Super Bowls — losing them all.

Lastly, Green Bay’s Aaron Rodgers, Kansas City’s Patrick Mahomes and Tampa Bay’s Tom Brady have also won a championship, a Super Bowl MVP, and a Most Valuable Player award while Buffalo QB Josh Allen has not done so, not yet, at least.

The Bills have had an incredible season so far, and with a win in K.C. this coming Sunday and again in Super Bowl LV on Feb. 7, Buffalo will prove that they truly belong among the NFL’s elite. 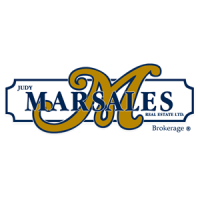