Ontario Provincial Police say officers have made the largest fentanyl bust in the province’s history, resulting in the seizure of more than 123,000 fentanyl pills, 70 kilograms of fentanyl powder and drug-trafficking tools.

The investigation, called Project Javelin, found that people were trafficking fentanyl pills in both Ontario and British Columbia after they were produced in Ontario.

On May 24, officers intercepted a large amount of fentanyl pills in British Columbia, which led to the arrests of three people in Ontario on May 30: Halid Sefic, 30, and Edin Sefic, 34, both from Burlington, Ont., as well as Richard Atanasoff, 56, from Toronto.

Officers say the three suspects were producing fentanyl pills that were counterfeit replicas of Teva-Oxycocet pills. They are now facing a number of drug-trafficking-related charges. 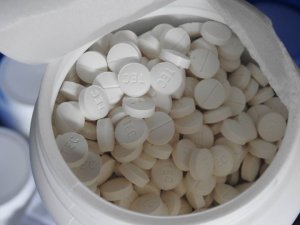 On May 30, investigators say they executed five search warrants at suspected fentanyl tableting and storage sites in Oakville and Burlington, where they seized the drugs and production tools.

In addition to the fentanyl pills and powders, officers seized a commercial-sized pill press, three commercial-sized mixers, a pill-coating machine, about 700 empty bulk pill bottles, one roll of fake Teva-Oxycocet labels and $20,000 in cash. 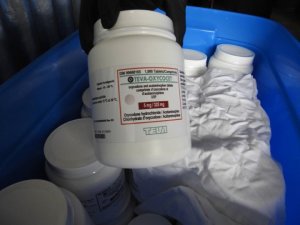 “The OPP consistently works in partnership with the pharmaceutical industry in relation to any suspected counterfeit medications encountered throughout our major projects and investigations,” OPP Det. Insp. Jim Walker said in a statement.

The three accused were released on undertakings and are expected to appear in court in September.