The national statistics office says Canada’s unemployment rate nudged up a tenth of a percentage point to 5.6 per cent as the economy added 30,300 net new jobs in February.

Statistics Canada says the increase in jobs was led by Quebec, which posted its third consecutive month of job gains. 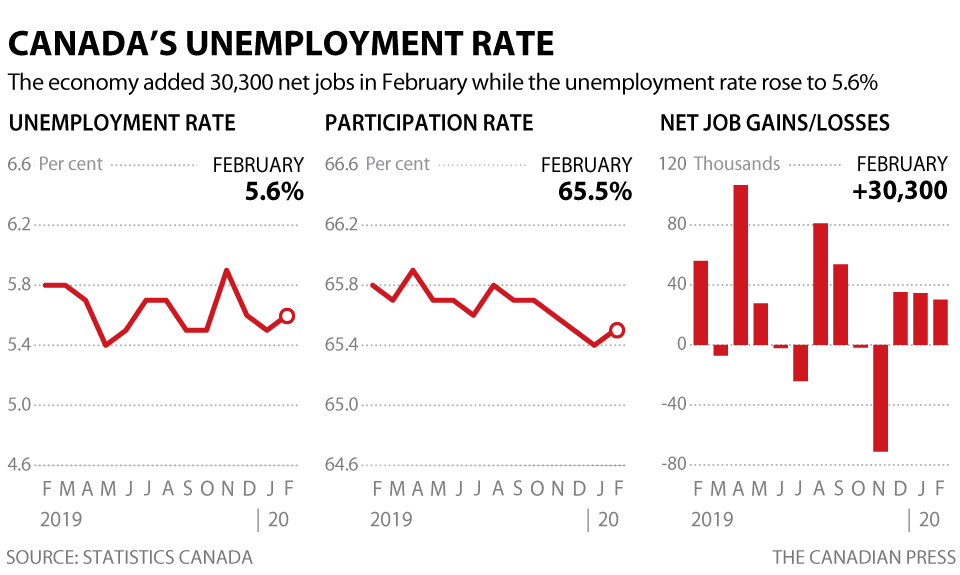 The agency’s latest labour force survey says most of the national gains were in full-time work, where there was an increase of 37,600 positions, while part-time employment declined by 7,300 compared with January.

While there were gains for young workers, employment for the core of Canadian labour force, who are aged 25 to 54, held steady for a third consecutive month in February.

Compared with a year earlier, the numbers show Canada added 245,000 jobs, an increase of 1.3 per cent, which was largely driven by gains in full-time work.