By Liam Casey The Canadian Press

TORONTO — A man who killed 10 people when he drove a van into crowds of pedestrians on a busy Toronto sidewalk in 2018 admitted to planning and carrying out the attack, court heard on Thursday.

The admission in the case against Alek Minassian came in an agreed statement of facts read to the court by Crown lawyer, John Rinaldi.

“While driving the van in the said area, (Minassian) drove his van into, or otherwise struck, at least 26 people, 10 of those people were killed and 16 injured to various degrees,” Rinaldi said.

Minassian, 27, faces 10 counts of first-degree murder and 16 of attempted murder for the attack in April 23, 2018. His trial is scheduled to begin in front of a judge alone next month.

Read next: Nestle to chop, slice and freeze sales of Delissio, Lean Cuisine in Canada

At Thursday’s pre-trial motion, Minassian’s lawyer Boris Bytensky argued against the admissibility of statements his client gave to police shortly after his arrest. One statement came when the booking officer asked as part of a standard set of questions if he had any illnesses.

“Yes,” Minassian answered. “I am a murdering piece of shit.”

The defence concedes Minassian made that statement but argues his right to remain silent was violated.

Bytensky wants the statement excluded along with his client’s comments to an arresting officer that he wanted “suicide by cop” and to “die by cop.”

The defence argues in court documents that the questions asked by the booking officer were inappropriate because the answers were potential evidence. Rinaldi countered the statements were “not a determining factor” but important parts of what he told police. 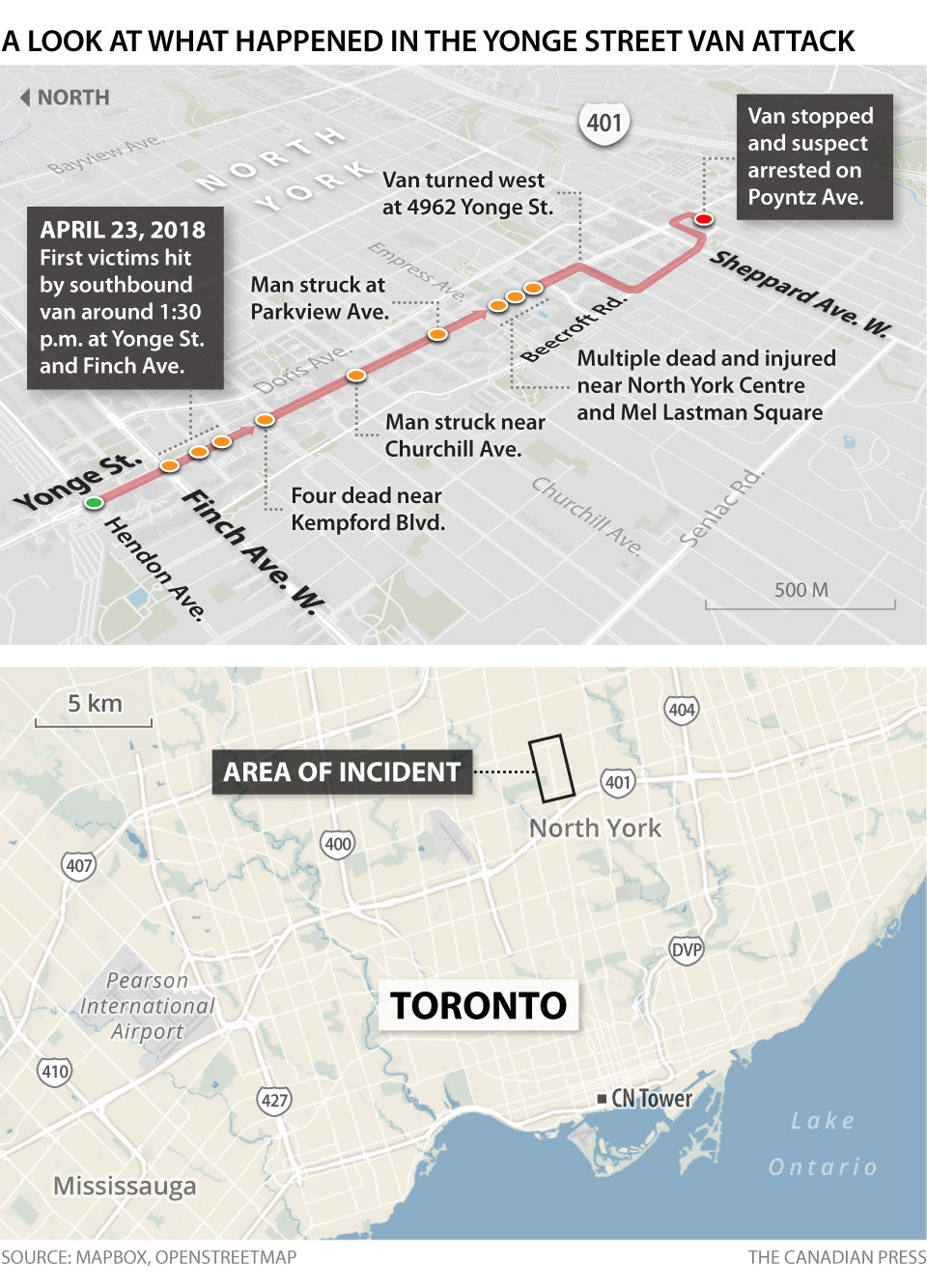 The judge has said the case will turn on Minassian’s state of mind at the time of the attack, not whether he did it.

Minassian told police he carried out the attack in retribution for years of sexual rejection and ridicule by women. He told a detective he was part of the “incel movement,” which is a fringe internet subculture that attracts males who are involuntarily celibate.

Minassian also told Det. Rob Thomas that he saw himself on the bottom rung of society as an incel, and wanted to be part of an “uprising” to change his status.

“This is the day of retribution,” Minassian told Thomas, court heard.

He also told the detective he had “accomplished” his mission.

Minassian conceded making those statements, which now form part of the agreed set of facts in the case.

The defence has indicated it will call psychiatric evidence, and the prosecution said it has its own psychiatrist who is expected to testify.

READ MORE: Looking back at the Toronto van attack: How 7 minutes changed the city

Several victims and families of those killed were in the courtroom. Some wiped tears away and others stared at Minassian when a video of his statement was shown.

One witness, Const. Philip Butler, testified to the chaotic chatter of voices and information that came over the radio about a van hitting pedestrians on Yonge Street. He said he turned on his lights and sirens and drove to the scene. He testified hearing over the radio that another officer had arrested Minassian but needed help.

On arrival, Butler said he took Minassian to his squad car and advised him of his rights, including his right to consult a lawyer, several times. Minassian declined, court heard.

The officer said he told Minassian at the police station that he faced a charge of attempted murder because he didn’t have confirmation of any deaths. Minassian was told about three hours later that he was now facing murder charges.

The defence said it wants anything Minassian told officers between his arrest and the upgraded charges excluded as evidence. The judge said she would decide the issue at the end of the trial.