Eskimos GM feels he got ‘a lot of good, quality substance’ on CFL free-agency opening day

With the expected departure of Larry Dean, the Eskimos went out and signed a new middle linebacker in Justin Tuggle, who agreed to a one-year deal.

LISTEN:  Eskimos Linebacker Justin Tuggle talks to Morley Scott about his move to the Eskimos

Tuggle has played three CFL seasons, starting in 2017, winning a Grey Cup title with the Toronto Argonauts. Tuggle spent last season with the Hamilton Tiger-Cats and finished second on the team in defensive plays with 90, including 79 defensive tackles and six pass knockdowns.

The Eskimos addressed their secondary by signing American defensive back Jonathon Mincy to a two-year contract.

Mincy will be entering his fourth CFL season and said the Eskimos were aggressive in their pursuit of him.

“Edmonton was the first team to reach out to me when the negotiation window opened,” Mincy said. “I’m very familiar with coach [Noel] Thorpe [Eskimos defensive coordinator] and I know they have a great team already.

“I just felt I could come in and help the team and I felt it was the best fit for me and family.”

His best season was in 2017 with the Montreal Alouettes when he was named an Eastern Division All-Star after recording 53 defensive tackles, eight pass knockdowns and two interceptions. Mincy played one game with the Toronto Argonauts last season after returning to the CFL from the Chicago Bears of the NFL. He was on the Bears practice squad for the 2018 season.

The opening day of free-agency lacked the sizzle of 2019 when the likes of Trevor Harris, Greg Ellingson, Larry Dean and others provided but general manager and vice-president of football operations Brock Sunderland says he’s pleased with the work he and team accomplished on day one.

“We feel like we got a lot of good, quality substance of signings done,” Sunderland said. “Maybe not the splash that people eagerly anticipate in free-agency, but it was very productive.”

Before free-agency began, the Eskimos signed Logan Kilgore to a one-year contract extension to return for his second season in green and gold.

The Eskimos have brought Canadian offensive lineman Jean Simon Roy to the green and gold.

Roy was a second round pick in the 2017 CFL Draft. He was claimed by the B.C. Lions off the Eskimos practice roster early in the 2019 season and played seven games. Roy has played in three career games for the Eskimos.

American offensive lineman Tommie Draheim has been signed to a one-year contract.

In two seasons with the Eskimos, Draheim has started 14 games at left tackle including 10 games in 2019. 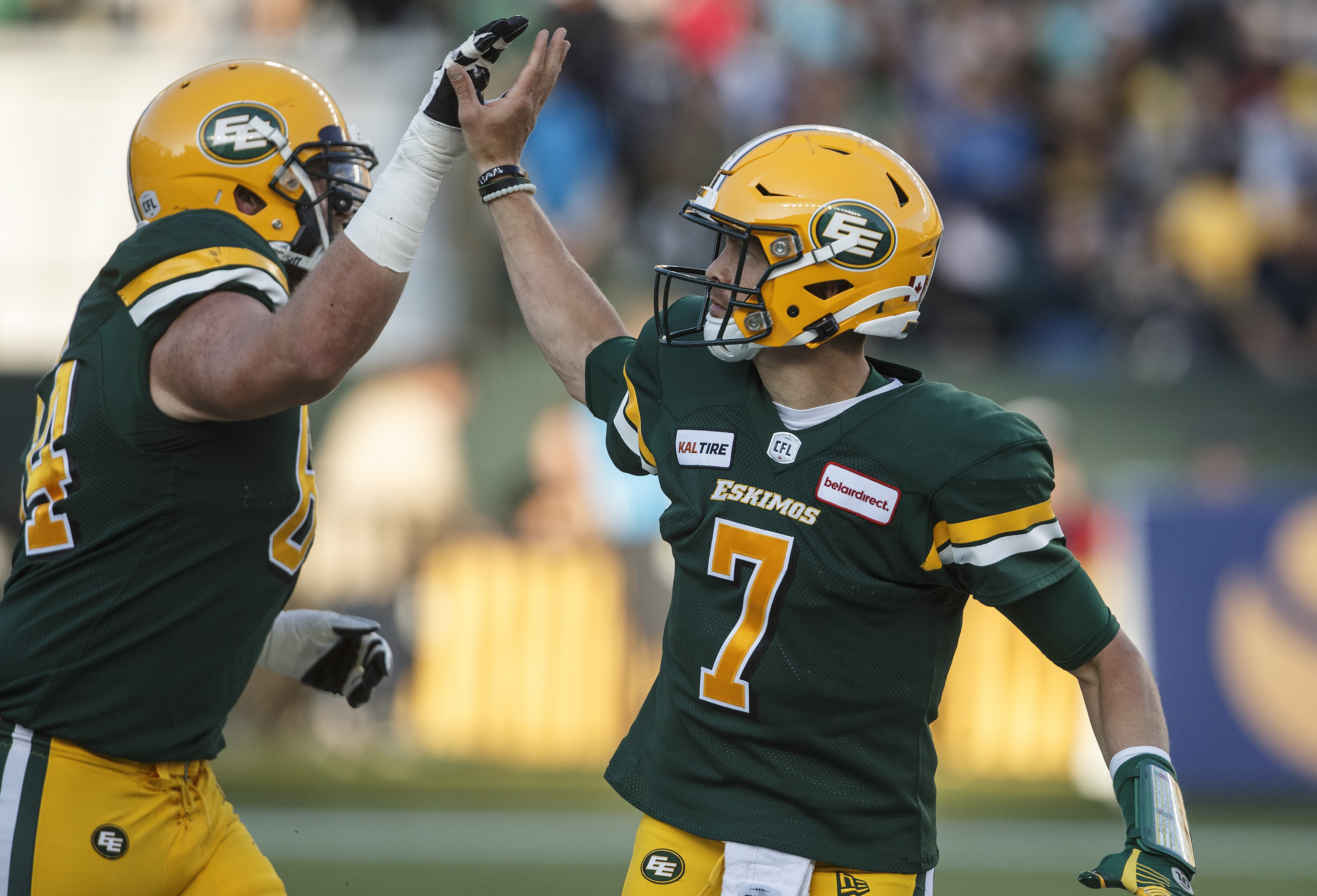 For the third time in his career, American linebacker Korey Jones has returned to the green and gold, signing a one-year contract. In 76 career games, Jones has recorded 106 defensive tackles, 51 special teams tackles, two interceptions and one forced fumble. He won a Grey Cup championship last season with the Winnipeg Blue Bombers.

The Eskimos agreed to a two-year contract extension with Canadian defensive lineman Mark Mackie. Mackie was drafted by the Eskimos in the eighth round of the 2017 CFL draft. Last season, Mackie finished tied for third on the team in special teams tackles with 12.

Sunderland has a long list of free agents that he will have to sign or replace in the market place to complete the Eskimos roster for the 2020 season.

Sunderland has been busy in the weeks leading up to free agency, the Eskimos GM worked out agreements with 11 players including running back Shaq Cooper, offensive linemen David Beard and Jacob Ruby along with linebacker Jovan Santos Knox and defensive lineman Mike Moore.

The Eskimos signed three more defensive backs on Tuesday and one player has ties to the team.

The Eskimos also brought in Trumaine Washington and Canadian defensive back Anthony Covington.

The Eskimos signed three players to their offence to end day one of free-agency bringing in American running back Brandon Burks, American receiver and returner Shakir Ryan, and Canadian receiver Alex Charette.

Burks spent the previous two seasons with the Argos recording 487 rushing yard and 269 receiving yards and scored two touchdowns.  Ryan spent last season with the Montreal Alouettes recording 357 punt return yards and scoring a touchdown.  Charette played 37 games for the Argos in the last three seasons.  He started his career with the Alouettes.

Sunderland says he will now let the free-agent market settle and expects to explore the market further.

His focus will soon shift to free-agent camps in the U.S. and the upcoming CFL Canadian College Draft on April 30.