Deep freeze, extreme cold to spread across much of Canada this week

Much of Canada will be feeling a deep freeze as a cold front passes through this week, bringing temperatures as low as 15 degrees below normal.

“As if often the case, the Canadian Prairies are dealing with the brunt of the cold this week,” Global News’ chief meteorologist Anthony Farnell said Tuesday, Dec. 10. 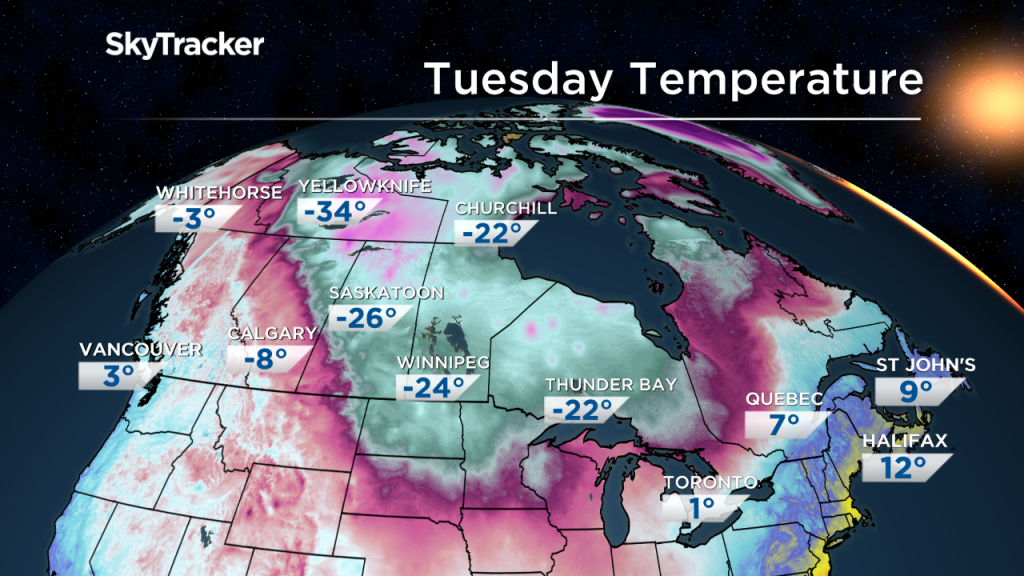 “This air is anywhere from 10 to 15 degrees below normal for this time of year.”

Farnell also said a strong cold front is spreading the Arctic air south and east through Ontario, Quebec and eventually Atlantic Canada, but the temperatures will be moderating at the same time.

Eastern Canada will only experience air that’s a few degrees below normal before warming right back up again this weekend along with more rain. 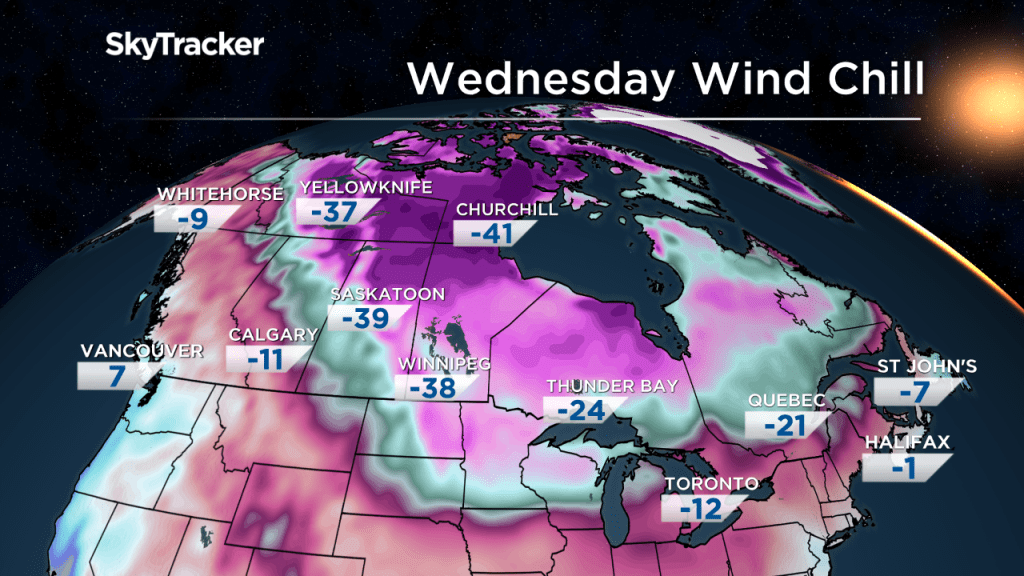 But he warned that the deep freeze will start again this weekend up north, and once again spread south and east next week.

Story continues below advertisement
“If the forecast holds, it will be even colder for much of the country [next week],” Farnell said.

If you’re already tired of the chill, there is some good news. Farnell noted that long-range computer models are hinting at a milder pattern heading through the holidays.

With Christmas still a couple weeks away, it’s still too early to say which cities will have a blanket of snow on Dec. 25.