Homicide investigators say one of the province’s most-wanted fugitives has been captured in California.

Brandon Teixeira, 28, has been charged with first-degree murder in the October 2017 death of 28-year-old Nicholas Khabra of Surrey.

On Monday, Sgt. Frank Jang of the Integrated Homicide Investigation Team (IHIT) said Teixeira had been located and arrested in Oroville, California on Sunday.

“The arrest was made possible through a collaborative effort of the RCMP’s liaison office in Los Angeles and a U.S. Marshall-led task force, along with the Butte County SWAT, the Tehama SWAT and the Chico Police Department,” Jang said. 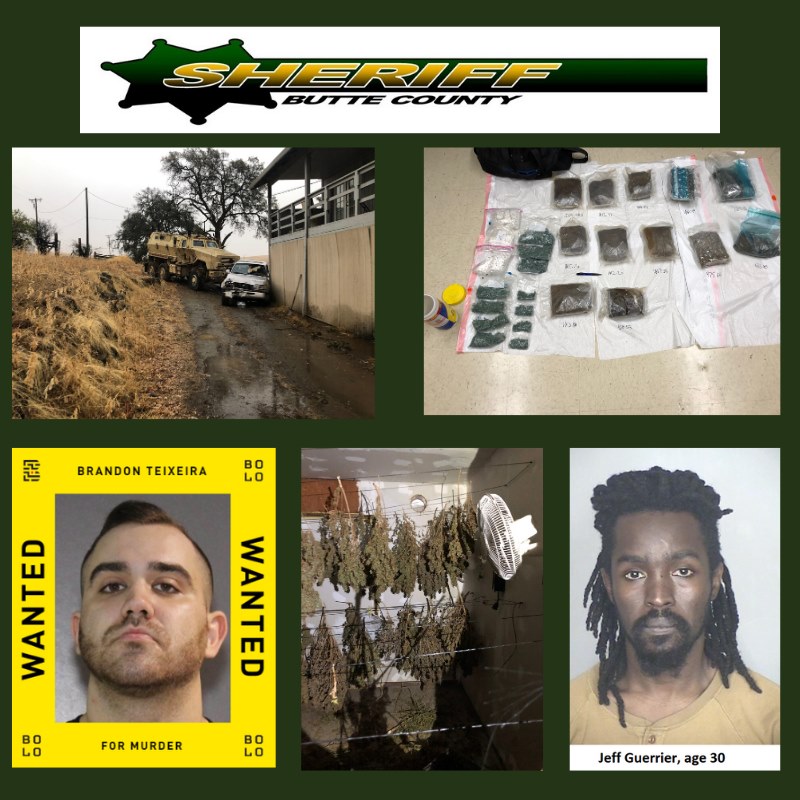 The Butte County Sheriff’s Office (BCSO) said Teixeira was located at a home in the 100 block of Weedy Way in Oroville.

Police got a search warrant for the home and began surveillance on the property on Nov. 30, the Sheriff’s office said.

“As I understand it, he escaped from the authorities the last time they tried to take him into custody,” said Butte County Sheriff and Coroner Kory Honea.

“So we brought our special weapons and tactics team into the mix.”

According to the BCSO, Teixeira and another man, Jeff Guerrier of New York, exited the home when police served the warrant on Sunday, got into a vehicle and tried to flee.

“In an attempt to escape, Teixeira rammed a BCSO armored vehicle with his vehicle,” said a BCSO media release.

“After ramming the BCSO armored vehicle, Teixeira rapidly backed his vehicle up in an attempt to escape. BCSO personnel used a second armored vehicle to disable Teixeira’s vehicle.”

Teixeira then allegedly got out of the vehicle and refused police orders, at which point officers used a police dog to take him into custody, said the BCSO.

Police seized 26 pounds of heroin, more than 1,000 OxyContin and Percocet pills and about 40 pounds of marijuana, said the BCSO.

Teixeira is currently being held in federal custody, pending an extradition hearing.

Teixeira has been described as “extremely violent,” and a risk to public safety.

Police had been hunting for Teixeira for more than a year, and in April launched a $55,000 reward, valid for six months, for information leading to his arrest.

Investigators say they are not seeking more witnesses or evidence, but simply need Teixeira in custody to take him to trial.

Last September, police thought Teixeira was likely still in the Metro Vancouver area, but also said he could have travelled to Edmonton or Calgary because he had associates in those cities.

Police also issued a safety bulletin to drivers with the popular delivery app Skip The Dishes in April, warning that Teixeira may have been ordering takeout to elude police.