Tiffany Haddish recalls leaving the set of a big-budget movie in tears in search of someone who could properly do her hair. Lorraine Toussaint blithely recounts the times her tresses have been damaged by stylists inexperienced with managing Black hair. And Tia Mowry-Hardrict recalls breaking down on set after seeing what was done to her locks.

“It’s mind-blowing to me that we still have to — meaning Black actresses — have to fight to have Black hairdressers on set for us. There was one time in particular I was doing this movie and, my God, I was the lead. And after this person did my hair, I cried. I was like, ‘I cannot go out there looking like this,’” said Mowry-Hardrict, star of the Netflix sitcom Family Reunion.

“I just don’t understand why you have to fight to get someone to understand the importance of that.”

From Oscar winners to stars on the rise, many African-American actresses have similar stories about hair struggles in Hollywood. In an industry known for its glamour and beauty, some say the lack of diversity behind the scenes has led to challenging situations for women of colour.

While Black hair comes in different textures, it is generally defined by its curls ranging from wavy to very tight coils. For years, racism and segregation typically dictated that Black people exclusively worked on Black hair. Today, that tradition remains as many non-Black stylists, for the most part, have not learned how to successfully work with African-American hair.

Halle Berry exploded on the Hollywood scene in the early 1990s with a short, pixie hairstyle that would become her signature. Others heavily copied the style, but the Oscar-winner didn’t set out to start a trend — it was a result of previous experiences with some Hollywood stylists.

“That’s why I had short hair,” laughed the actress. ”(Maintaining) it was easy. I think as people of colour, especially in the business, we haven’t always had people that know how to manage our hair. Those days are different now — that’s when I started.”

Others say the lack of Hollywood stylists able to properly manage their hair remains a problem.

“I can relate to that 100 per cent,” said Sierra Capri, the 20-year-old star of On My Block, Netflix’s most-binged original show of 2018. Capri, who says she’s multi-racial but identifies as Black, said it’s a relief when an actress finds a stylist who understands Black hair.

“We want to look and feel good and we want to feel our best,” she said.

“If we feel that we have someone that understands us and understands what we want and what we need, then we’re gonna feel great and we can do what we came to do.”

Queen Latifah said she encountered stylists who didn’t know what to do with her hair, particularly early in her career.

“It’s not because their heart wasn’t in the right place — they just didn’t have the skillset to do Black hair,” said Latifah, who recently worked with Proctor & Gamble to form The Queen Collective to promote racial and gender equality in filmmaking.

“As African-Americans, we have all different shapes, sizes, colours, textures, and you got to be able to work with that. We are always in a position to be able to work with what white people do. That’s just how it’s been, but it has to be reversed. It has to be some respect over here and figuring out what to do with our hair. So we just really need to add more people to the industry.” 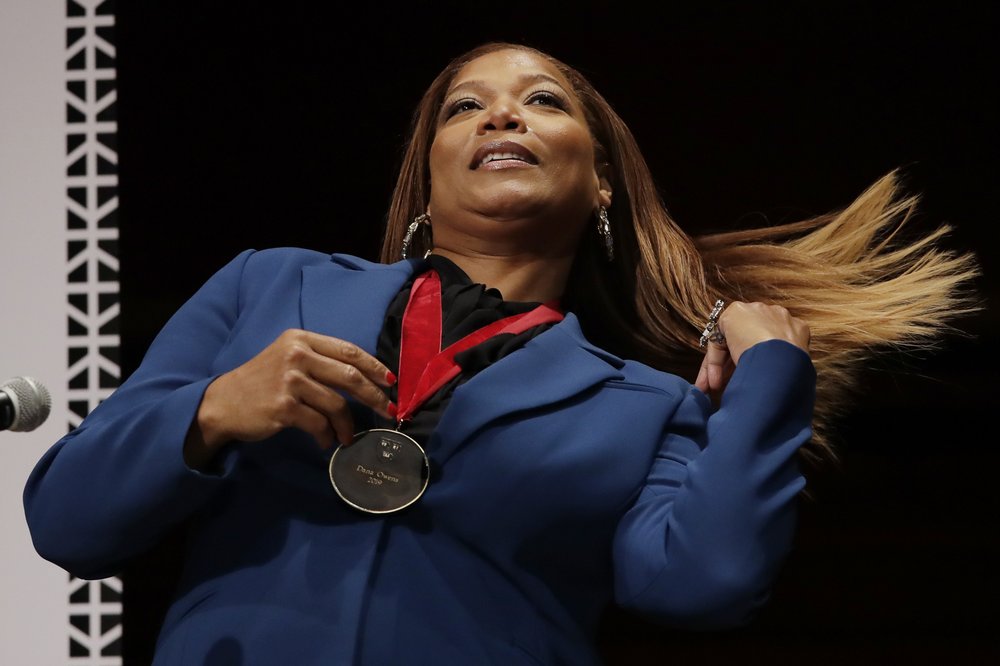 Queen Latifah said she encountered stylists who didn’t know what to do with her hair. (AP Photo/Elise Amendola, File)
Story continues below advertisement

To work in a wide range of entertainment areas, from films to talk shows, hairstylists must be in a union. Local 706 is the union for hairstylists in Los Angeles; Local 798 is based in New York. Joining a union requires a licence and experience on a production.

Local 706 doesn’t keep records on the race and ethnicity of its stylists but is aware of the frustrations and is trying to find solutions. Randy Sayer, the business representative for Local 706, hopes that changes in the industry do take place. Sayer says the union has no control over which stylists are hired for a production, that decision belongs to producers, studios and other employers.

“I agree with every woman of colour or every actor who says ‘we need more.’ I want to be the person who’s helping us achieve that.”

Legendary hairstylist Robert Stevenson, who was honoured by 706 last year with a lifetime achievement award, says it’s hard for anyone to join the union, regardless of ethnicity: “It’s no joke.”

READ MORE: What to know about laser hair removal as a woman of colour

The Emmy-winner began his career in the 1960s when he says the government forced Hollywood to hire people of colour for all entertainment unions. He was the first Black male hairstylist the union accepted.

“When I came in, we didn’t have many Black actresses. I mean, Pam Grier was like one of the biggest stars,” Stevenson said. “But now it’s changed so much. There’s so many more Black actresses. And the few Black hairstylists that are in (the union) are working, so (the actresses) can’t seem to get who they want. But Viola Davis can get whatever she wants.”

And while it’s true that the Oscar, Tony and Emmy award winner may be able to get whoever she wants, Davis has been vocal about her past hair chronicles. As recently as May, she said she would no longer work with stylists who don’t respect the craft of styling Black hair.

It’s deeper than “just someone not being able to do your hair,” said DeWanda Wise, who starred in Netflix’s She’s Gotta Have It and is currently in post-production for Sony’s comedy-drama Fatherhood, along with Kevin Hart. “It’s people touching this texture with a certain level of trepidation and disgust.”

Andrea Pezzillo, a celebrity stylist who has groomed a wide range of clients such as Jhene Aiko, Chanel Iman, Jeff Bridges and Omari Hardwick, understands why many Black actresses are wary of white hair stylists.

“I always say this: it could take five years to grow your hair, and it could take one flat iron to break it all off,” said the Los Angeles-based Pezzillo, who is white.

Pezzillo says she began styling women of colour after attending beauty school and becoming close with an Eritrean classmate. They’d often braid and explore each other’s hair, and eventually, a Black instructor took Pezzillo under her wing.

“When I started doing African-American hair, I didn’t look at it different. I just looked at it like hair,” she said. “I was never intimidated and I learned through my mistakes.”

However, actresses say white stylists like Pezzillo who are proficient with many hair textures are few and far between.

“I would be a lie if I said it hasn’t been a problem. And it’s been tough-going for many years,” Toussaint said.

“Our hair is way more complicated,” the veteran actress explained. “If I’ve been told I have a not-Black hair person, the first question I say is, “Can they do a ’press-and-curl?” If you can do a press-and-curl, we can work together. If you don’t know what a press-and-curl is, we’ve got to start from scratch. But it is a challenge.” 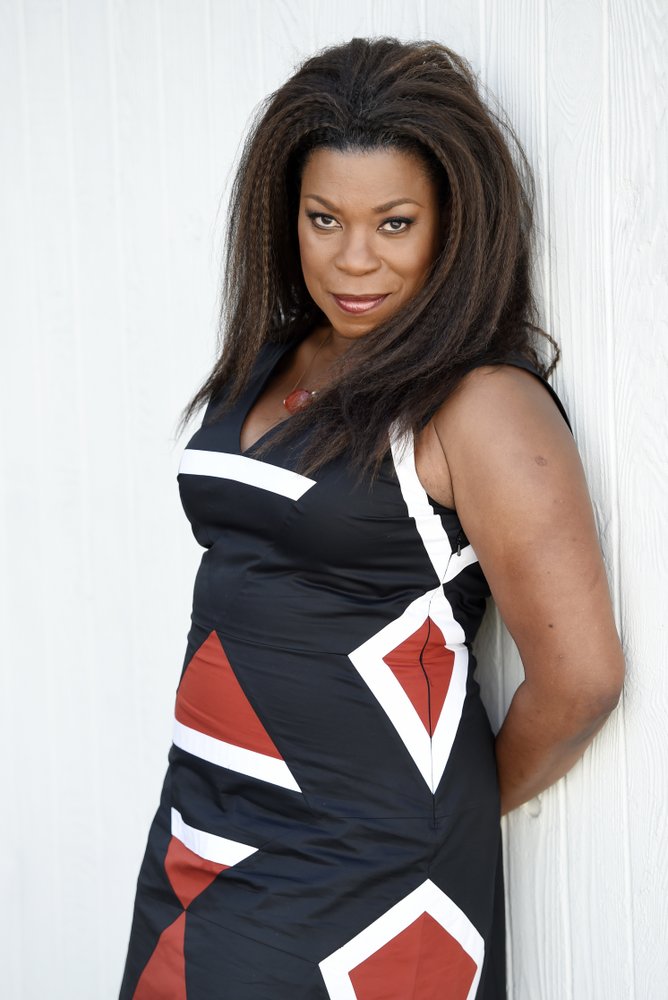 Lorraine Toussaint recounts the times her tresses have been damaged by stylists inexperienced with managing Black hair. Photo by Chris Pizzello/Invision/AP)

Haddish said when she shot the movie Keanu, there was no one on set who could braid the cornrows she sported in the film.

“So then I had to go outside of the movie to find people in New Orleans to braid my hair,” she said.

“And I cried about it because it was a lot of extra time, and I could have been resting or learning my lines or just making sure I was on point.”

“I’ve worked in London, I’ve worked all over the world and sometimes you don’t know if you’re going to have somebody who’s familiar with Black hair,” she said.

For Mowry-Hardrict, it’s about more than just making an actress feel prepared for her job.

“If your hair is all over the place, it will be noticed,” she said.

“When you have someone look at you on television, you want to make sure that you are represented in the correct way,” the former Sister, Sister actress said. “Our hair is really important. So we got to represent, and we need someone who knows how to help us represent.”