Driving an electric vehicle will save thousands: BC Hydro report

A new BC Hydro report says switching to an electric vehicle could save you thousands of dollars every year.

Hydro says the average commute in the province is 20 kilometres a day, and driving an electric vehicle is six times less expensive than driving a gas-powered vehicle.

WATCH: BC Hydro report says switching to electric cars will lead to thousands in savings

This is the highest gap ever in B.C.

Spokesperson Tanya Fish says Hydro is ready for the move to electric cars.

“Right now, there are about 18,000 electric vehicles on the roads in B.C., and we are expecting that to increase to 350,000 by 2030. This is anticipated to add about 1,000 additional giga-watt hours of load to our system. This is something we are ready and we have been planning for.”

The report says at the equivalent of 25 cents per litre, fuelling an electric car is 80 per cent cheaper than filling up at the pumps.

WATCH: The combination of high gas prices and hefty rebates is sparking a boom in electric car sales.

Hydro says commuting 20 kilometres per day in a Nissan Leaf costs $2 a week.

READ MORE: Electric car incentives in Canada — what to know about the rebate that includes Tesla 3

As for recharging stations, Fish says more are coming online.

“So we currently have about 58 fast-charging stations across the province. We are adding more this year. We have about 23 additional stations being added, which will be done by the end of the year, and from there, we will add more from Prince George all the way up to Prince Rupert.”

And the report says a majority of commutes in B.C. can be achieved without having to recharge the vehicle at work. 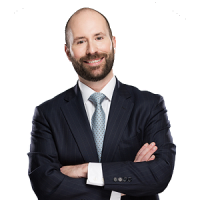