Toronto city council candidate Giorgio Mammoliti has come under fire for telling an opponent’s supporters that “black candidates” have not put forward solutions on housing, saying they would keep the community “bottled up in a poverty-segregated world.”

Mammoliti made the comments on Facebook Thursday morning in response to post by Tiffany Ford, a candidate who is black.

In a post on her campaign page the day before, Ford described asking Mammoliti to apologize in a debate over previous comments he made comparing evicting criminals from public housing to spraying for cockroaches.

“He not only declined, but doubled down that he is the ‘Law and Order’ candidate,” she stated.

Story continues below advertisement
In a comment apparently directed at other Facebook users, Mammoliti said, “Most of you respondents need to wake up to whats [SIC] happening to you.”

“On one hand you talk about white men being angry and on the other you just name call yourselves. Who is angry?? At least I have a plan to take you out of segregation, a white man does. Your black candidates don’t speak of how they will do that. They will just keep you bottled up in a poverty, segregated world with no hope. Wake up!!!!!”

Some of Ford’s supporters replied to Mammoliti, calling his remarks racist and “completely unhinged.” Ford herself described the message as outrageous and disheartening.

“It’s very shocking for him to say that and put that on a post, to speak to constituents that way, and tell them to wake up,” she said in an interview on Thursday.

“This our councillor, this is my councillor, and for him to say these things, and say that we’re going to stay in poverty because a black candidate doesn’t have a plan? It’s very interesting.”

Ford, who was elected as a Toronto District School Board trustee in 2014, is facing off against longtime incumbent candidates Mammoliti and Anthony Perruzza in the race for the newly redrawn Ward 7 (Humber River-Black Creek).

The ward includes the neighbourhood of Jane and Finch, which has a reputation for high rates of poverty and violent crime.

Mammoliti confirmed to Global News on Thursday that he was behind the post in question.

He said he wants the stigma of social housing to end and said that a better mix of housing needs to be built in the Jane and Finch area, similar to the communities of Regent Park and Lawrence Heights.

“The black candidates that are running in this election, none of them are talking about getting rid of segregation and getting rid of poverty,” he said.

Mammoliti claimed it was Ford who brought race into the conversation, however, it was a commenter in the thread who said, “The angry white men have to go!”

TORONTO ELECTION: How, where and when to vote

Ford, who said that Mammoliti has been her councillor since she was young, argued that the community not improved in the two decades he has represented it. She said she believes those who come out to vote on Monday will be looking for change.

“For you to say that, you know, you have a plan to get people out of poverty, what is your plan? Is it knocking down Toronto Community Housing, like that’s the plan? It doesn’t make any sense. He hasn’t brought in any development here or economic growth.”

In a media release on Thursday that did not reference the Facebook post controversy, the group Jane Finch Action Against Poverty attacked Mammoliti’s record in representing the community and accused him of “racist politics.”

“It is a public knowledge that Mammoliti has shamelessly been attacking, insulting and scapegoating residents of Jane Finch. Among the damaging things he has done, he has used dehumanizing and racist languages describing residents, attempting to create divisions within our racially diverse and dynamic community,” it stated.

READ MORE: Toronto election 2018: Get to know your mayoral candidates

Mammoliti is a veteran of Toronto municipal politics who has represented wards in the city’s northwest since the mid-1990s. Prior to that, he served as an MPP under NDP premier Bob Rae.

In addition to the “cockroach” comments, Mammoliti attracted widespread attention earlier in the campaign for saying that voters should ask candidates if they believe in God, and support those who do.

With files from Jason Chapman 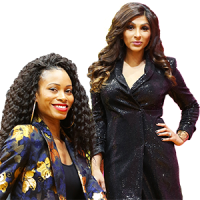