B.C.’s nightlife industry is slamming the province’s claim that safety is at the core of the latest delay in bringing ridesharing to B.C.

If safety was paramount, then ensuring that staff and patrons of bars and restaurants had a way to get home would come first, according to Vancouver’s Bar Watch program and the BC Restaurant and Foodservice Association (BCRFA).

READ MORE: Ride-hailing not coming to British Columbia until fall of 2019

LISTEN: Lack of ridesharing a safety risk in downtown Vancouver

B.C.’s NDP government has said ridesharing won’t arrive until at least the fall of 2019, citing in large part, concerns over the safety of drivers and passengers.

“Safety has got to come No. 1. We’ve got to make sure that when people are driving for money or when people are getting in a vehicle that it is safe for them to do so,” said Transport Minister Claire Trevena last week.

READ MORE: ‘He was always our hero’: Family of Granville nightclub employee killed in stabbing speaks out

A former Vancouver Police Department officer, Robinson described the existing Metro Vancouver taxi system as “broken,” and said it puts people out on the street at late hours at serious risk.

“I have seen firsthand the mayhem that they have to deal with, the police officers on the street,” he said.

“Not only on Granville Street but in Yaletown, Gastown or elsewhere. They’re trying to get people off the street safely and they don’t have any options.”

The debate over the lack of transportation options in Vancouver’s downtown core has grown in recent years, after the high-profile death of two young people in separate assaults outside nightclubs.

Critics say an inability to get out of the area leaves the streets filled with intoxicated people, leading to fights.

Robinson said there is a particular concern for the safety of women, who are left standing on the street in the early hours in the morning with no way home.

He said that leaves just a few options: Wait for the SkyTrain and full bus service to start up at 5 a.m., get a ride with a stranger or drive intoxicated.

Along with ridesharing, Bar Watch has long advocated for late-night SkyTrain service, particularly on the weekends when the downtown core is flooded with people.

“We don’t need this in 2019. For the safety of the people, not only in Vancouver but in B.C., bring this in now,” said Robinson.

READ MORE: No need for ridesharing to take more than a year to arrive to BC: Uber

He said the ridesharing model by its very nature expands and contracts to meet demand, and pointed to cities like Nashville as examples of its success.

“They move those people in and out of there, way more people than downtown Vancouver, safe and effective, because of Uber and Lyft,” he said.

“Their drinking-and-driving incidences have gone down 30 per cent.”

He added that with Canada set to legalize marijuana, adding driver services to the road could help save lives.

“This is such a common-sense solution. And this stuff about them being unsafe is crazy. These are companies that operate worldwide.”

Ridesharing Now BC has launched a petition calling for the service to be implemented immediately. 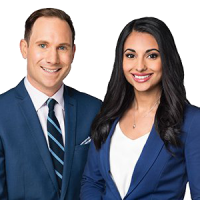