The family of a four-year-old boy who was killed in a farm accident last week is trying to cope with the tragic accident.

Leandro Scheling was pulled from a utility trailer that had rolled into a ditch on June 23. The incident happened while the trailer was being re-positioned after it became unhitched.

Uncle Simon Scheling said his nephew had a wonderful soul.

“Everybody who would get to know him, even for just an instance, would immediately love him. Just so cute, so funny.”

“He got a bike for his forth birthday, just a few days ago on the 7th of June. The bike was blue, his favourite colour. He was so proud riding it. I went for a bike ride with him a few days before that. He was so tough keeping up with his older brothers. They asked him if they should stop and go back home, but he said “no, no, I’m fine” keeping up with his older brothers. Such an incredible boy,” Scheling said.

“My nephew, just the cutest little guy. His blue eyes were just full of joy. This little kid that would also come and hug you and tell you, “I love you” and “I like you,” just to anyone.”

A GoFundMe page created to help the family has raised $17,650 as of Wednesday afternoon. 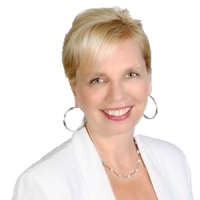