MEXICO CITY – An explosion ripped through a ferry as it unloaded passengers in the Caribbean beach city of Playa del Carmen on Wednesday, hurting 25 people, but authorities said none of the injuries were life-threatening.

However, officials for Global Affairs Canada said they are aware of the explosion, but hadn’t received reports of Canadians injured.

“We are aware that initial reports said three Canadians were affected, we understand these reports to be inaccurate,” spokesperson John Babcock said in an email to Global News.

“To date, we have no reports of any Canadian citizens being affected.”

The municipal government said in a statement that the victims sustained minor cuts and were taken to a hospital for treatment.

Videos posted online by the newspaper Quintana Roo Hoy showed the blast sending a fireball and debris flying sideways from the ferry as it was moored to the dock with people nearby.

The Barcos Caribe vessel was left with a gaping hole in its starboard side next to a passenger seating area.

The municipal statement said the explosion happened when passengers were getting off the boat, and the cause was not yet known.

The Port Administration of Quintana Roo state said in a statement that preliminary indications suggest a mechanical failure may have been to blame.

It added that service to the nearby resort island of Cozumel would continue with other ferry companies that operate from the municipal dock. 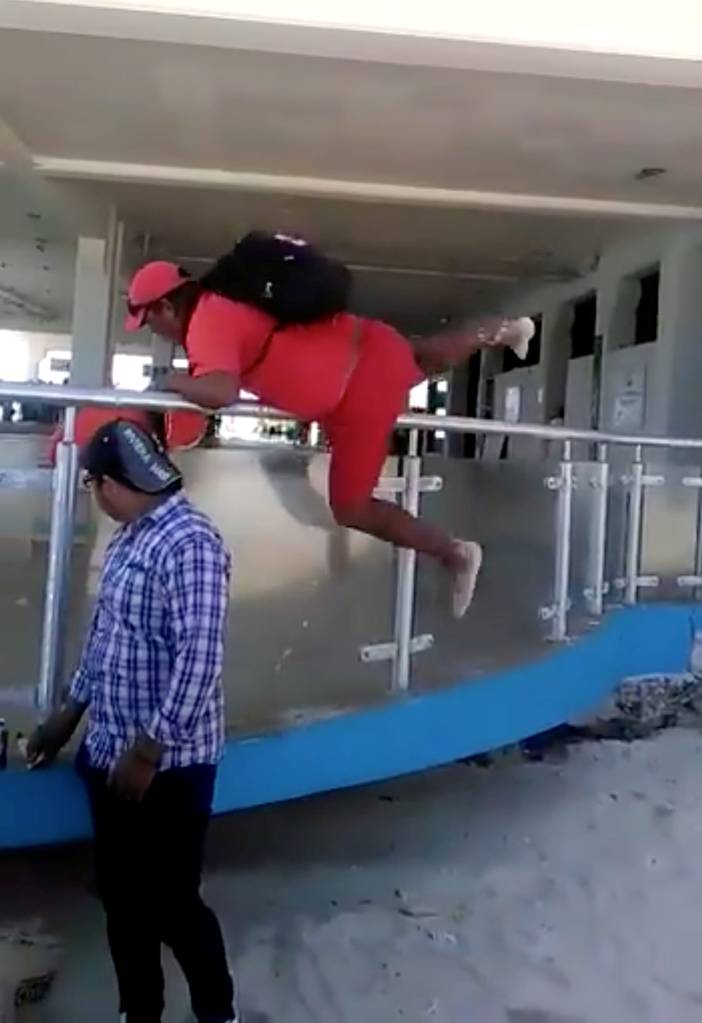 A lifeguard jumps over a railing after reports of an explosion at Playa del Carmen, Quintana Roo, Mexico February 21, 2018 in this still image obtained from social media video.*with files from Global News