5 moms on the realities of breastfeeding

Breastfeeding doesn’t look the same for everyone, but some women will tell you that the expectations and the realities of feeding your child quickly change after birth.

According to the most recent report from Statistics Canada on breastfeeding trends, 89 per cent of Canadian mothers breastfed their baby in 2011 to 2012, an increase from 85 per cent in 2003.

Most mothers were breastfeeding for six months (or more), and mothers who breastfed during this time frame were in their 30s or older. And although most women breastfed children soon after birth (89 per cent), others described difficulties feeding their child due to a lack of milk or struggles trying to find the right technique.

READ MORE: If fed is best, why do I still feel like a failure?

The Canadian Paediatric Society recommends exclusive breastfeeding for the first six months of life and often, women also feel pressured as soon as their children are born.

Some women describe feelings of envy, stress, depression and general feelings of being trapped when they aren’t able to breastfeed their child, The Guardian reports. And a lot more awareness needs to be done around not shaming women who aren’t able to feed this “natural” way.

Below, five Canadian women share their personal stories of breastfeeding — the realities, the struggles and tips for new moms-to-be. 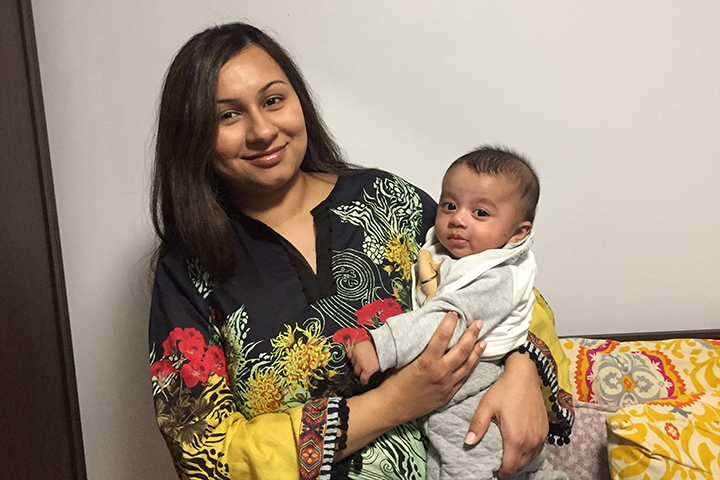 The Toronto mom-of-one says her personal experience with breastfeeding was horrible. “Since my baby was born prematurely, I didn’t produce milk right away, though the nurses and the lactation experts insist I breastfeed because breastfed is best.”

Ahmed, 28, says when her son’s sugar levels had dropped, he had to be taken to the NICU for a week.

“I had nurses, and lactation experts come in and squeeze my breasts to get the milk out. It was painful, embarrassing and quite traumatic.”

She felt guilty, pressured and was often bombarded with flyers and posters about how beneficial breast milk was. Eventually after a month of trying, Ahmed stopped.

WATCH: Breastfeeding: How do you know when it’s time to feed your baby another way?

“That keeping your child full is your top priority. It doesn’t matter if you give them breast milk or formula. Your job is to keep them alive,” she says. “If you would like to breastfeed, it is essential for you to stay calm. It takes time for a child to learn to grasp on to your breast. Be patient. And at some point, give up. It’s okay. I learned that the hard way. My son was OK.” 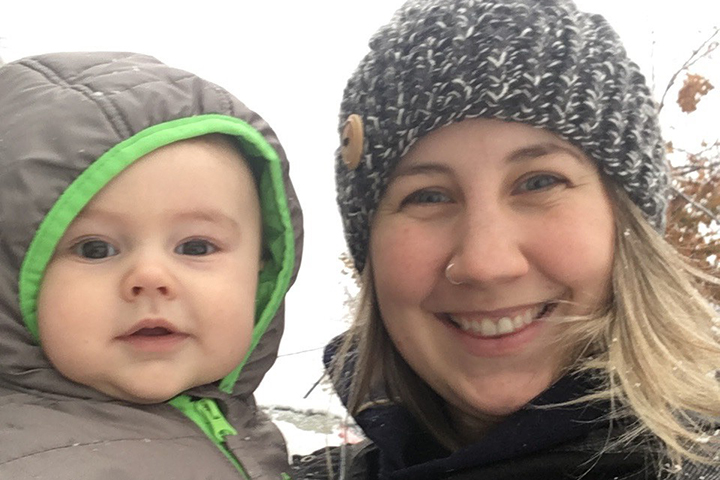 The 28-year-old mom from Castlegar, B.C., says she was always determined to breastfeed her son. “To me, it is the most convenient, healthiest and cheapest way to feed my baby. I didn’t have trouble breastfeeding and my supply was great.”

When issues did come up, she avoided the internet and focused on working with her son.

“My pre-assumptions were that breastfeeding would be hard. I had heard so many horror stories about pain while breastfeeding, low milk supply and babies having sensitivities to foods you eat. I was pleasantly surprised at how natural breastfeeding came. Don’t get me wrong, it wasn’t perfect, but overall it’s been great.”

One thing she wish she knew before breastfeeding is was over-worrying about milk supply. “If your baby is growing, is healthy and is meeting milestones then generally speaking your supply is good. Almost every time I saw a nurse she would worry me about milk supply,” she says. “The majority of the time your body knows what to do.”

She also wished someone told her it was OK to wean her baby off night feedings around six months. “I had lost so much sleep and so had my son due to unnecessary night feedings.”

For 38-year-old Hayles from Toronto, the first three months of breast feeding was painful and made her insecure. “I went to doctors, breastfeeding clinics, even had a public health nurse come to see me. Being a single mom also meant that I continued despite the pain because I knew the cost of formula.”

Going into it, like many mothers, Hayles wished she understood both the physical and emotional outcomes of breastfeeding itself. 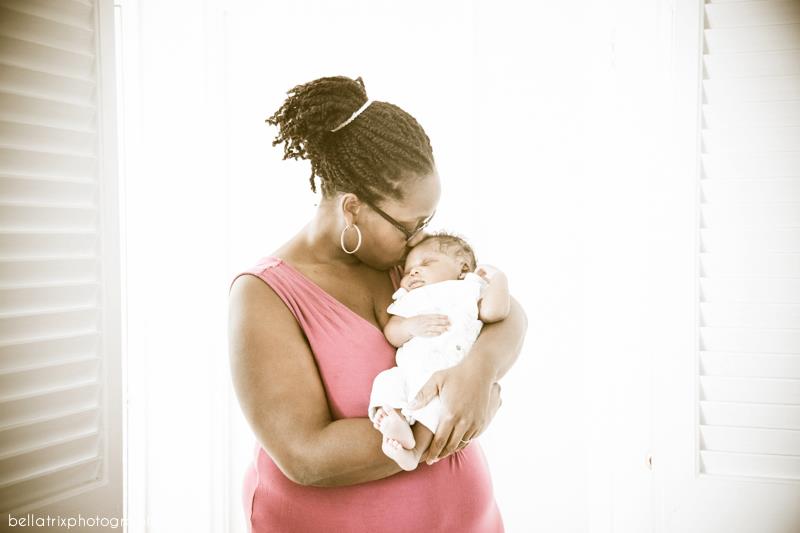 “From the shrinking of the uterus to it being a magical solvent to the value of skin-to-skin, I wish women were given this encouragement, but gently. It’s a hard balance because some women can’t or just don’t want to.”

For her tips, she says although it may sound cliche, women who are breastfeeding have to remember to be kind to themselves.

Invest in a good nursing pillow, nipple cream helps with painful latch situations and look into different ways to hold your child. 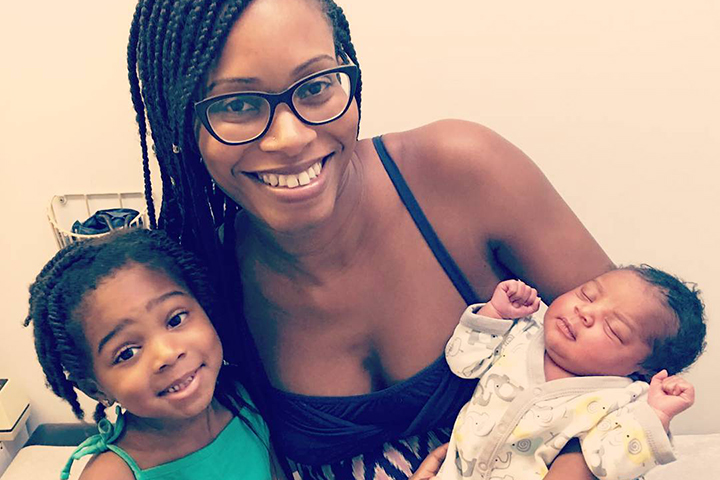 The 34-year-old mom from Oshawa, Ont., says when she first tried breastfeeding one of her daughters, she put her baby up to her breasts like she had seen on TV.

“She seemed to latch well and start feeding, so the nurse merely nodded and left the room. In the weeks that passed, my doctor realized that my daughter was losing weight, not gaining, and I went to see a lactation nurse. She was really helpful and was able to deduce that my milk production was low,” she says.

Quammie was told to start supplementing her milk supply with formula, and being pro-breast milk, she felt like she was failing her child.

“All in all, it was about making sure she was as healthy as possible, so I made peace with my body and the process.”

With her second child, breastfeeding was better. “I had a lot more hands-on help in hospital, and I’m much more aware of how my body functions.”

She also points out she wishes someone had told her about the important of eating enough, eating healthy and drinking water. “Breastfeeding siphons a lot out of you, with my first daughter, I used to have terrible toothaches while breastfeeding, and it was because she was draining my calcium,” she continues. 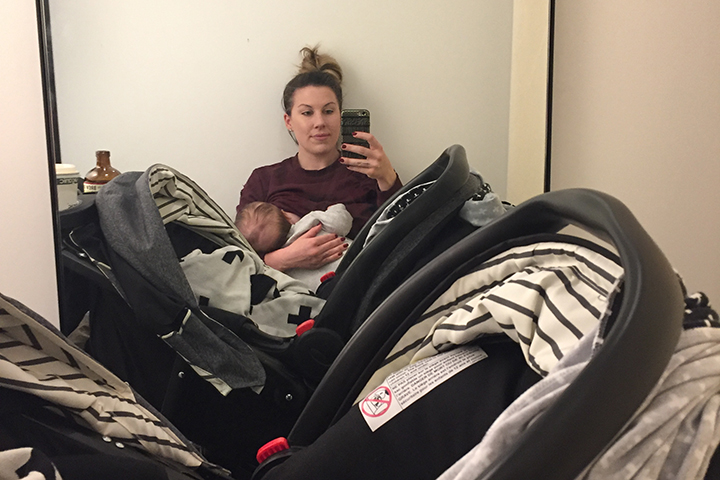 Mitchell says she always thought breastfeeding would be easy and natural, but when she started to feed her son Hudson, it was a struggle to get him to latch.

“This was extremely frustrating and led me to dread and fear every feed. After a long and traumatic birth, all I wanted to do was enjoy my baby in peace and quiet, but instead I had to deal with the pressures, frustrations and exhaustion of breastfeeding,” she says.

After two weeks, Mitchell wanted to give up, but contacted a lactation consultant for help.

“After multiple breast infections, bloody and sore nipples, short stints of exclusive pumping, and many tears, she referred me to a dentist who then informed me that Hudson was tongue tied,” she continues.

READ MORE: Newborns with opioid withdrawal do better cared for by mom, versus stay in NICU

After eight weeks of still trying, she opted for the surgery for his tongue. “Right after they did the surgery, which was only about five minutes long, I was told to nurse my son to help ease his pain and I couldn’t believe how different it felt. Instead of shearing pain I felt nothing.”

For her tips, Mitchell encourages mothers-to-be to find support either with a professional or through family and friends.

“New mothers need to be surrounded by loving, encouraging, and empowering women who are not there to judge whether your child is being fed by a breast or a bottle but who are genuinely there to help and support you in any decisions you decide to make as a mother.”