Confessions of an Uber driver: what’s it like to work for the ride-hailing giant?

What’s it like to work for one of the most controversial companies in the modern world?

We’re talking about Uber, a company that’s been met with some kind of opposition in nearly every jurisdiction where it’s set up shop.

The company has also faced public criticism about its former CEO, and legal challenges over how it treats its drivers.

But how do the people behind the wheel themselves feel about the company? CKNW spoke with six Uber drivers around the world to find out.

We connected with them through a Reddit community for Uber drivers and private networking groups for Uber on Facebook, and asked them to share the positives and the negatives of the job.

None of the drivers were asked to share their opinions before the interview in order to ensure a fair sampling.

While everyone had concerns or issues of one kind or another, on balance most drivers said getting behind the wheel was worth it.

LISTEN: Confessions of an Uber driver

At the end of the day, driving for Uber is a job — so the natural question is whether it’s a lucrative one. The answer? It depends.

“They’re not really an employer here. So that’s part of the issue,” said Sherry Lea in Perth, Australia.

“We’re all independent contractors. We have to pay GST on the full fare, even though we haven’t collected it. So its difficult to make money, plus you have to pay 25 per cent to Uber.”

She said the costs can also add up fast when you factor in maintenance and costs associated with using your own vehicle.

Sean in Colorado, a former stay-at-home dad, said he often hears drivers complain about not making enough money, something he chalks up to a bad attitude.

“You gotta work it to make it worth it, just like anything else,” he said. “There’s a lot of vitriol among drivers, but they’re the ones who don’t want to work very hard and always get great fares.”

Rachel is a Baltimore teacher who lives near the city’s entertainment district, which she said allows her to just work part time, when the fares are better.

“So it’s easy for me to just sit on my sofa and wait until the surge really kicks in when I can make some good money,” she said.

While Rachel said she enjoys driving for Uber, she admits safety is an issue — particularly as a female driver.

“I’ve had lots of men who are really inappropriate and ask me to come back to their hotel rooms with them because they’re shipping off to Iraq the next day,” she said.

“Just a lot of really creepy things that people wouldn’t do when they are sober.”

She keeps both a can of mace and a stun gun with her while driving, and recently bought a dash-cam at her own expense.

“I do feel a little bit safer because I do let people know that they are being recorded, which helps me feel better and I think probably helps people be on a little bit better behaviour.” 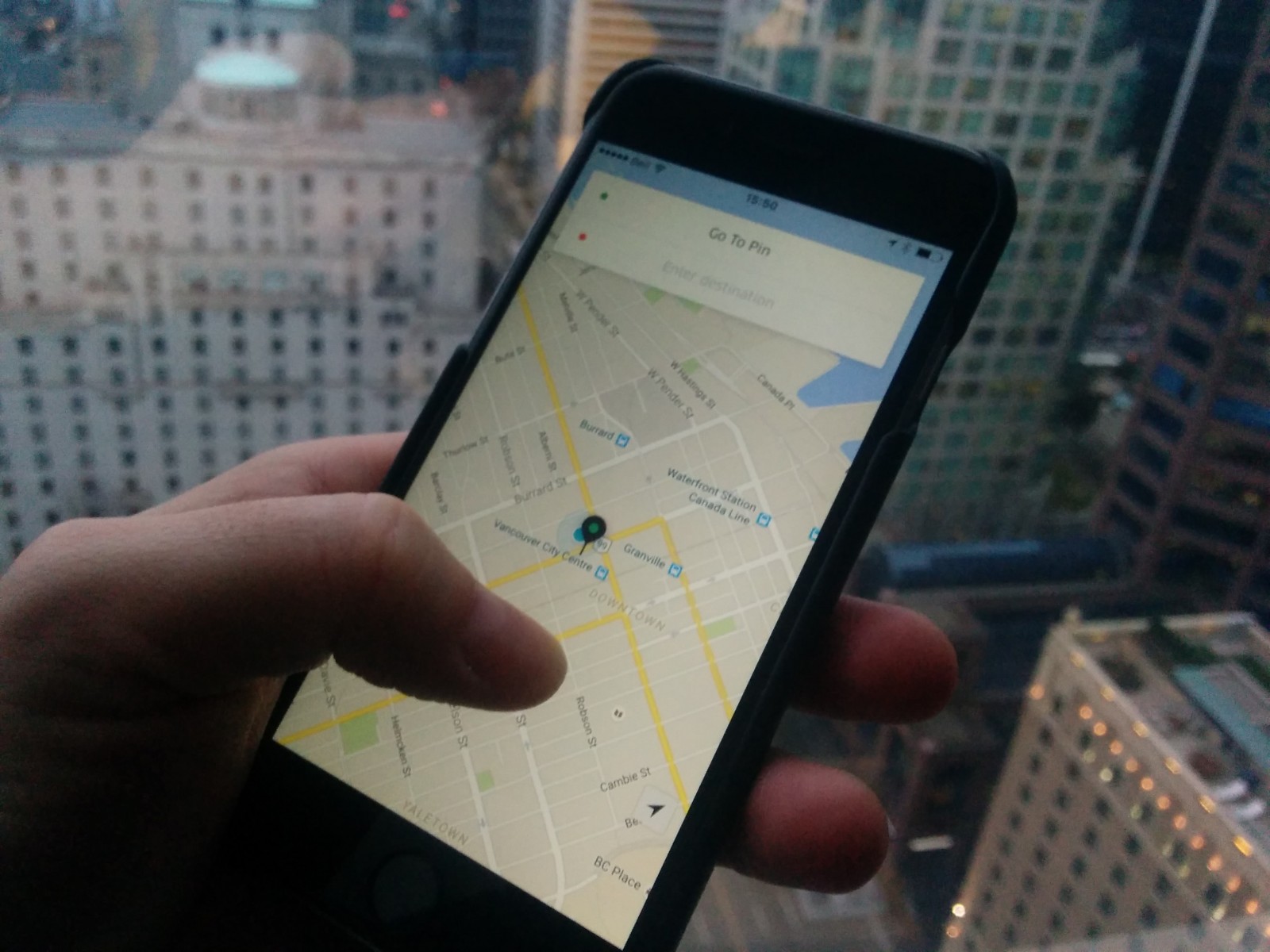 Cody, an entrepreneur in Toronto who started driving to make ends meet while he launched his mobile tire business, shared some of Rachel’s safety concerns.

Story continues below advertisement
“[I’ve had] some sketchier situations in the middle of the night where you get a request into a dark alleyway, and then suddenly someone comes out with no shirt on and they’re super out of it, either on drugs or intoxicated,” he said.

“That’s when I call it quits and say I’m not going to let this person in the car and drive away now.”

Cody said being in control of the car offers its own measure of safety — allowing him to keep windows up, lock people out and drive away if necessary.

Many of the drivers CKNW spoke with said meeting people on the job was the biggest perk of being an Uber driver.

“I actually started dating somebody that I met while driving,” said Sean in California.

What started as a fare at the LA airport turned into an invitation to a party that night, and dates afterward — though he said the relationship wasn’t a long one. 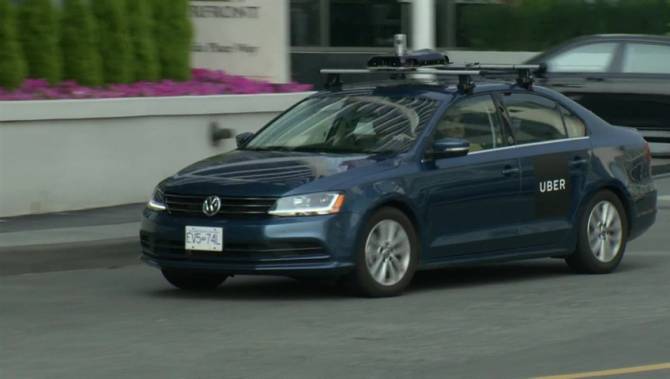 Of course most fares aren’t future girlfriends, but Sean said they do have a lasting impact on him.

“Fifteen minutes is not very long, which is the typical duration of an Uber drive. But in those 15 minutes you can touch on some profound philosophical issues with some people, and it can have a profound effect.”

Cody in Toronto said he’s also been invited out for drinks by fares, a number of whom he said he still sees regularly.

“I’ve met people that I’ve kept in touch with, and now I consider some of them almost my best friends, which is really weird.”

“I give out bottles of water and candies, and keep the car as clean as possible,” said Jon in Toronto.

Providing that little bit extra was a common theme among drivers we spoke with, all of whom are striving for good ratings from their passengers.

“In the car I keep phone chargers for various phones… tissues, gum, water bottles I try to keep, although lately they’ve been freezing with the really cold temperatures,” said Cody. 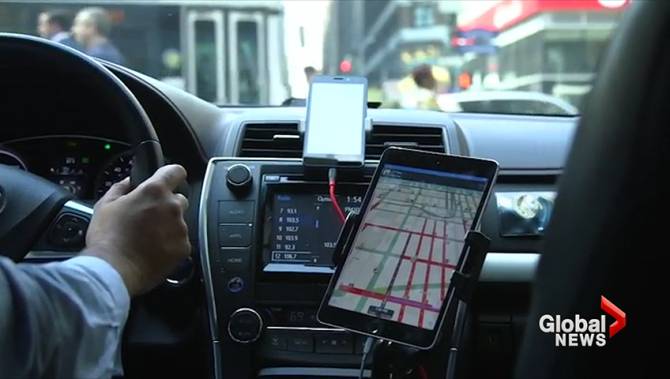 Sean in Denver goes even farther.

“I have movies in the back, we were just watching Spaceballs on the last trip,” he said. “Candy, gum, lint rollers, chargers, water. I’m a private driver and the car is their private space. That’s why I get all of these five-star ratings and get tips.”

That quest for the five-star rating, however, can be a stressful one, because according to Sean anything below a perfect rating can hurt a driver.

“[In] any other metric system anywhere, you know rating a four out of five is pretty good. But in Uber, four and under is a fail, and people don’t really realize that,” he said.

“So if I rate a passenger four, something is pretty wrong and he’s going to take a ding on his rating. And if I get a four-star review, I’m like hey, what was wrong with my ride?”

Sean said drivers will get a warning if they drop below a 4.7-star average, and will eventually be kicked off the system.