The leader of the federal Conservative party says he has “zero” confidence the Liberal government will back the proposed Kinder Morgan Trans Mountain pipeline expansion to the finish line.

Speaking to the Surrey Board of Trade on Wednesday, Andrew Scheer said he doubts Prime Minister Justin Trudeau’s commitment to the $6.8 billion project.

“We saw what he did to Energy East,” he said.

“We had a nation-building project, an opportunity to unite Western, Central and Atlantic Canadians with a pipeline that would bring western energy to eastern markets and get us off of foreign oil, and he killed that.”

The Liberal government approved the project, which would triple the capacity of an existing 1,150 kilometre pipeline between Alberta and Burnaby, last November.

Trudeau has since taken heat from environmental groups, most recently when anti-pipeline protesters crashed his appearance at a UN forum in Vancouver on Wednesday.

Scheer, who is expected to spend some time shoring up conservative support in the Lower Mainland ahead of a December byelection in the South Surrey-White Rock riding, also took a swipe at the Liberals’ newly unveiled peacekeeping strategy.

That plan calls for 200 rapid-response ground troops and military trainers along with fixed wing and helicopter aircraft.

“If we’re going to ask our armed forces to put themselves in harm’s way we need to understand exactly what it is they are trying to achieve,” he said.

“We think the deployment of troops should always be linked to Canada’s national interests.”

The Conservative leader also blasted the Liberals over trade negotiations with the U.S., saying he doesn’t believe the government is taking President Donald Trump’s threats to withdraw from NAFTA seriously, a sentiment shared recently by former prime minister Stephen Harper. 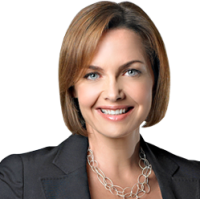