Winnipeg police say they’ve searched the city for a grey Honda believed to be involved in a fatal hit and run and are now turning to area auto body shops for help.

“I think it takes a special person to run from such a callous act and our investigators are doing everything possible to make sure this individual is caught,” Cst. Jay Murray said.

The vehicle fled the scene but police have since been able to identify the make and model and where it may have been damaged.

Over the past few months police have examined all known grey or silver 2003 to 2005 Honda Accord’s but have yet to find a match.

They are now asking mechanics, specifically those that work with used parts, to consider whether they did any body work on a car of that description.

“We believe at some point after this accident, this vehicle was taken to an auto body shop and had the bumper changed,” Cst. Jay Murray said.

Police believe the victim was hit by the front passenger-side bumper of the vehicle, causing damage to its underside.

“This damage would not be readily visible without closer examination,” Cst. Murray said.

Anyone in the automotive industry that has either sold or changed a front bumper for a 2003-2005 Honda Accord, shortly after May 21st, or anyone with information, is asked to contact police. 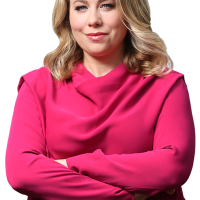