A great house or condo in a highly desirable area can fetch a princely sum on short-term rental websites like Airbnb and VRBO. However, if you live in Banff or Canmore, listing your home is against local laws and both communities are investing time and energy to ensure property owners are in compliance.

“Unauthorized use of residential property as commercial accommodation is contrary not only to the town of Banff’s land use bylaw, but also to Parks Canada leases,” said Banff Mayor Karen Sorensen.

“Renting your accommodation out on a night-by-night or week-by-week basis is illegal, and in fact you put your lease at risk. I would think most homeowners would suggest that’s not a risk they’re prepared to take.”

WATCH BELOW: Why Banff just might be the best town in the world to be mayor

While some hotels and licensed bed and breakfasts are using Airbnb and VRBO to promote their accommodations, the community’s planning department has taken a proactive approach to monitoring websites for properties which are not approved for short-term rental.

“First they have to try and identify the location online, which isn’t always easy,” Sorensen said. “They have to start a file, they reach out to the person or organizations that are advertising, then they take enforcement action. They have to inform Parks Canada of any action that’s taken. And then, of course, the monitoring for ongoing compliance also takes time.”

“It all is incredibly time-consuming.”

Sorensen said with limited land in Banff, the community needs to be mindful of long-term housing needs, which she believes could be impacted by allowing short-term rentals like those offered through Airbnb.

Down the road in Canmore, a bylaw has been on the books prohibiting short-term rentals since the boom of bed and breakfasts over a decade ago.

“We don’t want to allow our residential neighbourhoods to turn into hotel districts,” said Canmore Mayor John Borrowman. “Clearly, if there’s a lot of money to be made, people outside of the town – investors – will buy residential units, rent them out short-term, and make a lot of money.”

Similar to the concerns in Banff, Borrowman said ensuring homes are occupied by those who need to be in Canmore for work is a driving force behind the bylaw.

“We’re actively – and at great cost – trying to increase the inventory of long-term rentals,” he said. “To have the short-term rental phenomenon working against us (goes) directly against our vision.”

Borrowman said resources for enforcement have been stepped up as the number of complaints has increased. The challenge for the town has been to get those who are infringing on the bylaw to stop listing their property.

“As often as not, the intent of the town hasn’t been supported by the courts,” he said.

Borrowman concedes the desire of some to list their properties on Airbnb and similar sites won’t cease as the sharing economy continues to grow.

“There’s going to be some discussions about how to address this issue, and what possibilities there are to protect neighbourhoods and long-term rental inventory, but allow for some occasional use perhaps of your home in that way.”

Borrowman said he’s certain the issue of Airbnb will be a topic of conversation during the upcoming municipal election campaign. 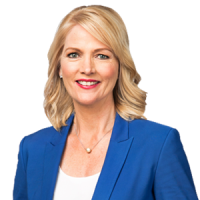