‘This happens every year’: Saskatoon woman fed up with flood-prone street

Torrential rains in Saskatoon that triggered ponds and massive puddles to form at many intersections and along city streets on Monday has residents speaking out.

Jennifer Kerr says she’s fed up with the chronic flooding on her street, no matter the size of the storm.

She lives in the 1400-block of Early Drive and could only hold her breath as this latest storm system moved in, dumping buckets of rain on the area as water crept closer and closer to her front door.

“It was the amount of water that came so rapidly it just started to swirl and I thought well ‘I’ve got a ladder for the roof,'” Kerr said.

Drenching rains didn’t let up for an hour, a super-soaker considered to be a “one in 25 year storm” in the south part of the city.

“By the end of the night we had a Mercedes up the street that had drifted onto the road from water.”

Debris floated 10 feet up onto her lawn. On Wednesday, the tiny twigs and cigarette butts were still there, reminding Kerr of how far the water swelled.

“It wrapped around the tree, it did hit the back of my vehicle and then it stopped,” Kerr said.

She’s lived on the street for 12 years and said every time it rains, it pours.

“I would say I’ve had this happen every year I’ve lived here.”

Every year, the city assesses up to 20 problematic areas as part of it’s storm-water utility levy to see if anything can be done.

The design of new neighbourhoods has also vastly improved to be able to withstand the devastation brought on by heavy rainfall. 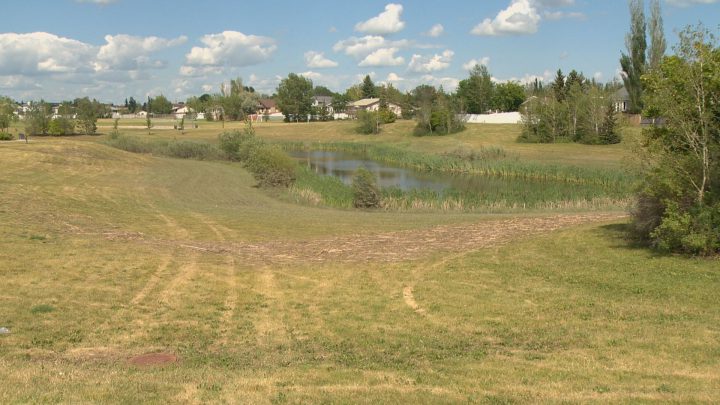 “When we’re building a new neighbourhood, the general rule is we want between a one and five storm should be able to be handled by the pipes,” Galen Heinrichs, the manager of water and sewer engineering for the city, said.

“Then there’s an overland drainage component with ponds that’s usually designed for what we call a one to 100 year storm.”

Heinrichs said older areas weren’t designed with storm-water management in mind but rather just draining the water off the street.

Plus, he added, with everything already established in certain flood-prone parts of the city – a fix is pretty difficult.

“Sometimes you’re talking about a solution that’s in the tens of millions or there may not be a solution at all.” 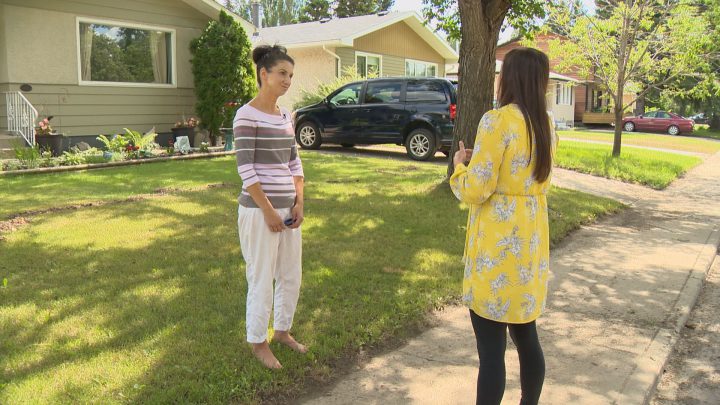 A super pipe was installed up the street from Kerr and while it helped, it still didn’t solve the problem.

Paying less in property taxes, she said, would help ease residents’ water woes each and every time they’re left cleaning up a mess.

“I could see that as a way of keeping the peace and helping us out.”