The facility will be built on the northeast corner of the Foothills Medical Centre campus.

The price tag for the project is coming in at $1.4 billion, not the $1.2 billion that was budgeted by the Notley government. Provincial officials said the additional cost was not unexpected.

“Obviously, I would hope that we could do it for even less, but I’m not going to sacrifice patient care for the infrastructure that we require,” Health Minister Sarah Hoffman said. 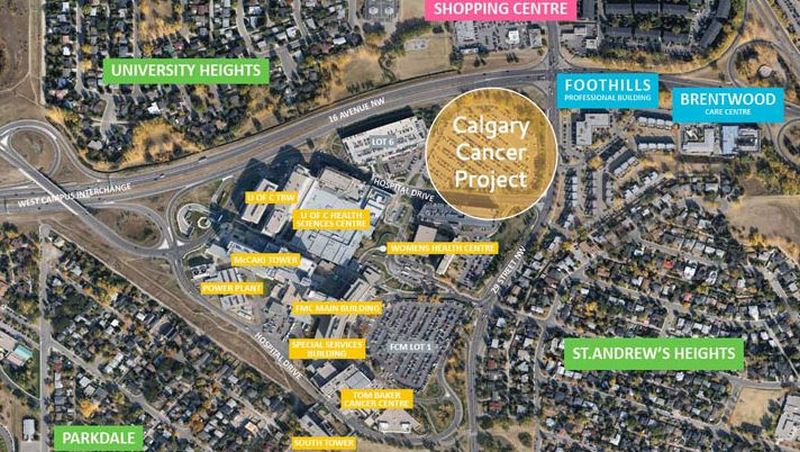 PCL Construction Management Inc. has been selected to complete the design and construction of the facility, which will feature lots of natural light and a large central courtyard.

“I’ve seen the inside and the outside, of course, of the new cancer centre–it’s a knockout. It’s going to be fantastic,” Cardinal said.

The centre will also have views of the Rocky Mountains and Calgary’s skyline from inpatient rooms and research spaces.

“The design is an inspired vision that will make life better for generations of patients with a full range of cancer treatment services and a hub for cutting-edge cancer research,” Hoffman said in a news release. “Most importantly, it is designed around supporting patients and their families.”

Services at the new cancer centre will include:

“I’m so proud to see this badly needed new cancer centre take its next step,” Notley said in a news release. “The choice of the successful design and builder means shovels will be in the ground later this year.”

When completed, the government said project will be a “leading international cancer care facility and research centre that is expected to attract physicians and researchers from across the globe.”

It’s expected it will open by 2023, a year earlier than initially expected. 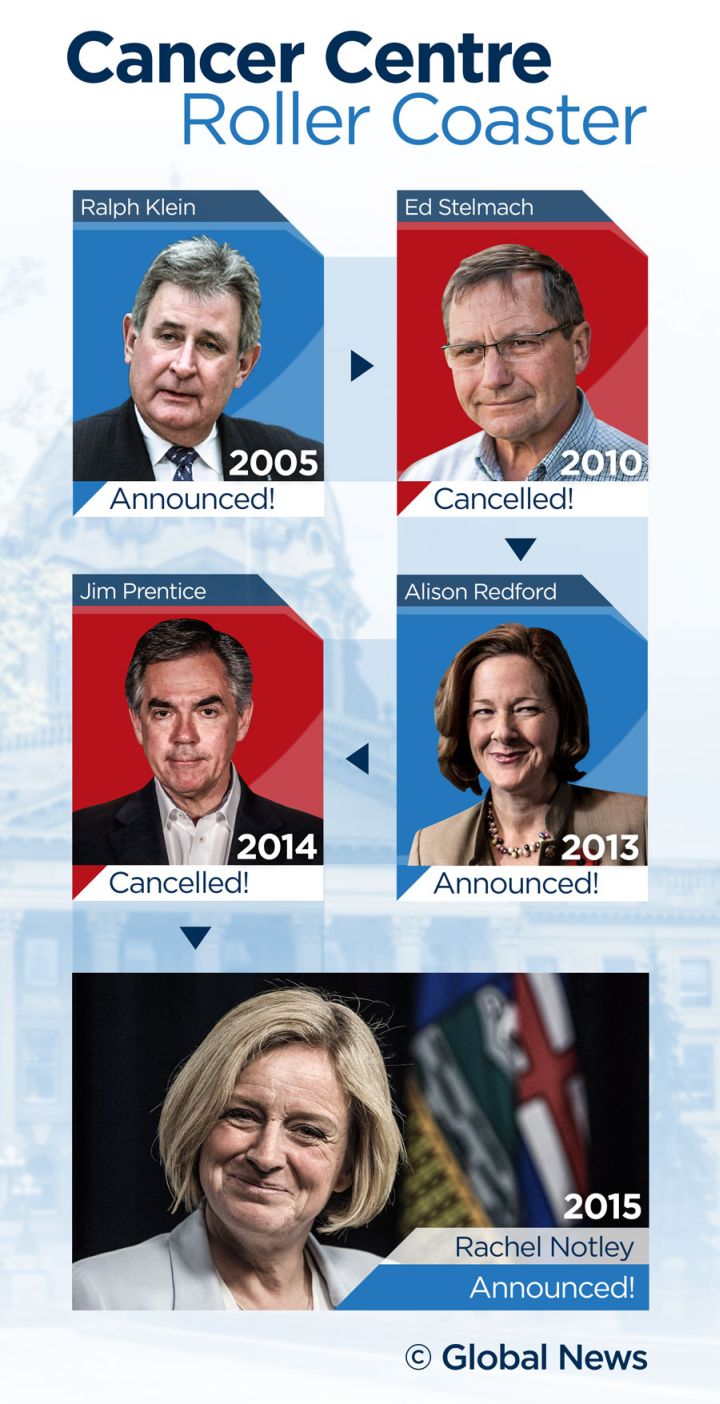