Ryan Gosling blames his perfection on his ‘Canadianness’

Ryan Gosling graces the January cover of GQ, and is asked why he thinks he’s become such a hot commodity, with all of the “hey girl” memes that suggest the La La Land actor is “masculine but sensitive, kind of the world’s most perfect boyfriend.” 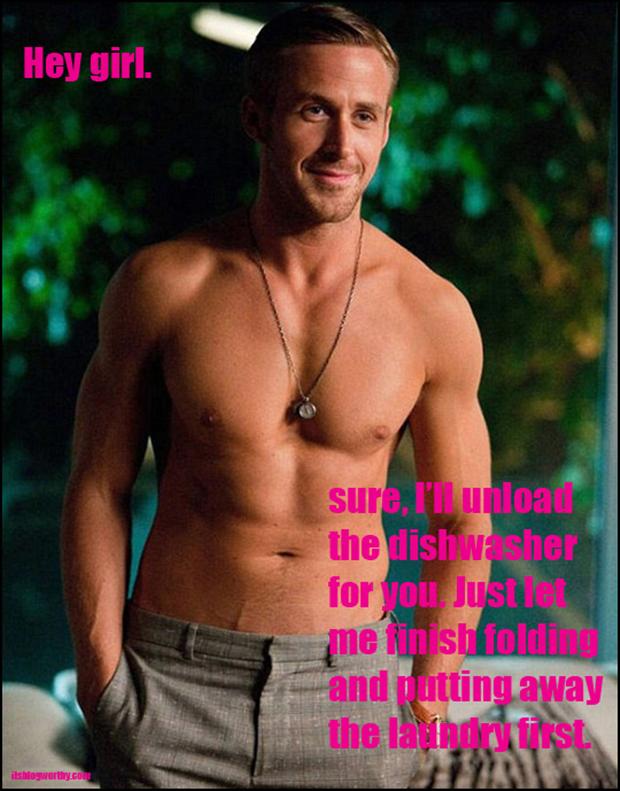 “I think it’s part of … um … America just finally realizing that there’s a place called Canada. That it’s nearby,” Gosling, a native of London, Ont., answered. “And the people there are, you know, different but the same. And not just America’s hat. We have free health care, education.”

Gosling also added that what others see as “perfect boyfriend material” is actually just his “Canadianness.”

“It’s the only thing that makes any goddamn sense,” he said. “I mean, look at (Justin) Trudeau. He’s doing a lot of things, but things that are kind of natural parts of being Canadian. I don’t think Canada is as shocked by what Trudeau is doing as the rest of the world is.”

Trudeau revealed in an interview with Vox in April that he’s actually seen the “Feminist Ryan” memes and was willing to create his own. 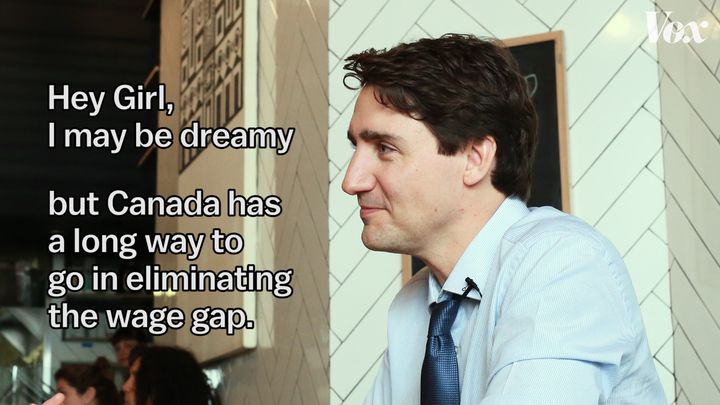 Gosling addressed the fact that the Prime Minister is a fan of the meme and thinks that Trudeau should be their subject.

“Because he’s taken the mantle,” said Gosling. “They’re trying to get him to accept it, and I think he deserves it way more than I do.”

Trending Stories
Gosling previously compared the meme situation to being hit in the face by a bird. “Do you remember when [male model] Fabio got hit in the face with a pigeon on the roller coaster and it broke his nose. Sometimes I feel like I’m the pigeon and the Internet is Fabio’s face. Actually, I don’t know if I’m the pigeon or I’m Fabio’s face. Depends on the day, I guess.”

The Notebook actor also recalled an anecdote about Harrison Ford punching him during the filming of the upcoming Blade Runner sequel.

“It was kind of, you know, a rite of passage. We were just doing a fight scene and, you know, it just happened,” Gosling revealed. “But what was funny was, when it was over, they brought ice for my face, and Harrison pushed me out of the way and stuck his fist in the ice. I asked him the other day where he got his sense of humour from — was it from his mother or his father? He said, ‘Sears.’ And he didn’t have much time to shop around so he just had to grab one and get out.”

READ MORE: 10 ways we can tell Ryan Gosling is Canadian

Gosling added: “As soon as it happened, the director came up to me and said, ‘Look at it this way—you just got hit by Indiana Jones.’”

The Crazy, Stupid, Love actor went on to reveal that Ford “came by afterward with this bottle of scotch, and I thought, ‘Oh, I knew this was coming. And he pulled out a glass from his pocket, poured me a glass, and walked away with the rest of the bottle. So I guess he felt like he didn’t connect enough to earn a whole bottle.”

“You know, they say don’t meet your heroes,” Gosling continued, “but I would say the addendum to that is ‘…unless they’re Harrison Ford.’ ‘Cause he’s a cool m******f**er.”