The advocacy group CanCertainty is raising red flags over urgent concerns they say cancer patients in Nova Scotia are facing, particularly when it comes to coverage for expensive take-home cancer medications.

READ MORE: How much do cancer drugs cost Canadians?

They say that while cancer treatments have evolved, the province’s health-care system hasn’t. The group brought their concerns to Health Minister Leo Glavine in a meeting this week.

“Sadly, Nova Scotians pay the highest deductibles of anywhere in Atlantic, and anywhere else in Canada,” said Deborah Maskens of CanCertainty.

Some patients have to pay upwards of $20,000 a year for their medications.

Maskens said much of the reason for that is that historically, cancer was treated in the hospital with intravenous drugs. However over the past 10 years she says that’s shifted to see more cancers treated with pills and medications that patients can take at home, which aren’t covered by the province’s health-care system.

Maskens, a cancer survivor herself, has taken the at-home cancer treatments, and says the advantages are tremendous, however that method of treatment is very expensive. She says intravenous cancer treatments are fully funded, however the convenient take-home ones are not.

“We know that cancer patients are waiting four weeks, six weeks, eight weeks when their cancer is growing, they’re actually being forced into paperwork. Sadly, in Nova Scotia we’ve put the paperwork before the patients,” Maskens said.

Glavine said in a release that he’s aware there may be issues with the current process for some patients, and that he’s instructed the Nova Scotia Health Department to look at ways to make accessing cancer care easier for patients and doctors.

“We know that the majority (87 per cent) of Nova Scotians access oral cancer therapies through publicly funded programs at a minimal cost, but we understand that some individuals may be experiencing financial hardship,” he said.

CanCertainty is a group fighting for change in the way Nova Scotia provides care to cancer patients. 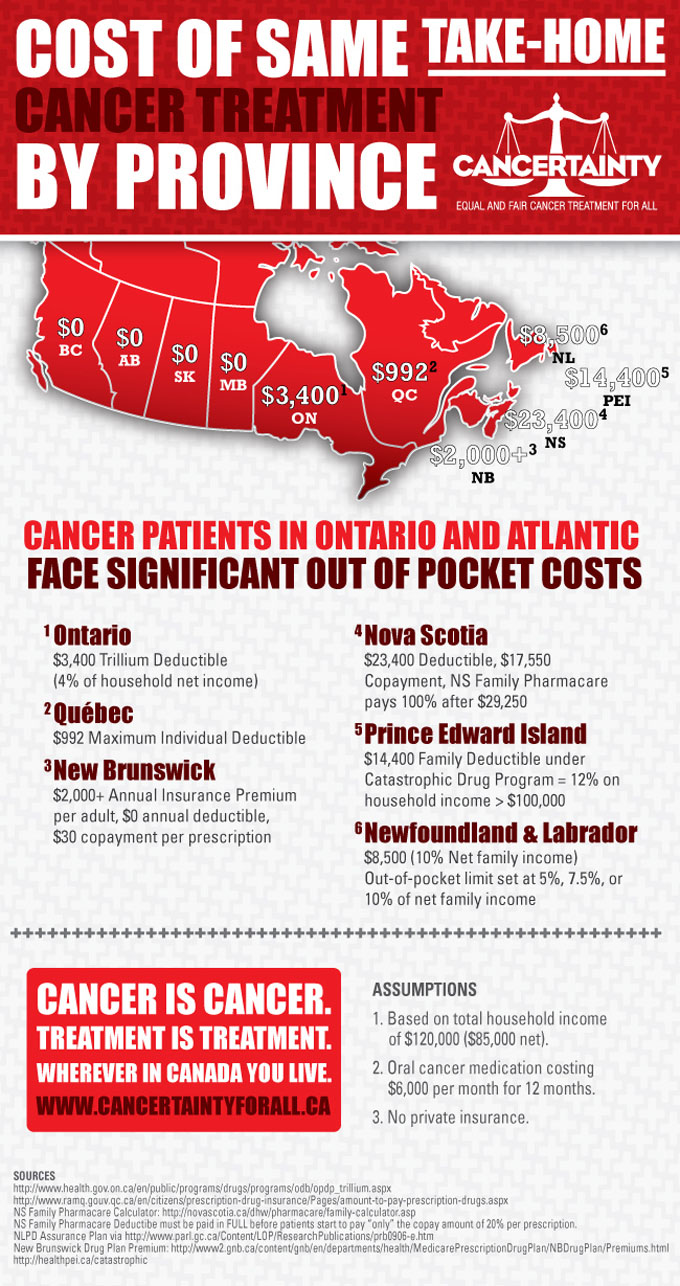