Quebec’s biggest cities among best in Canada for women

Out of the biggest cities in Canada, Quebec’s ranked among the best to live in if you’re a woman, according to a recent study published by the Canadian Centre for Policy Alternatives.

This study looked at the economic security, personal security, education, health, and positions of power that women hold in Canada’s 25 biggest cities. 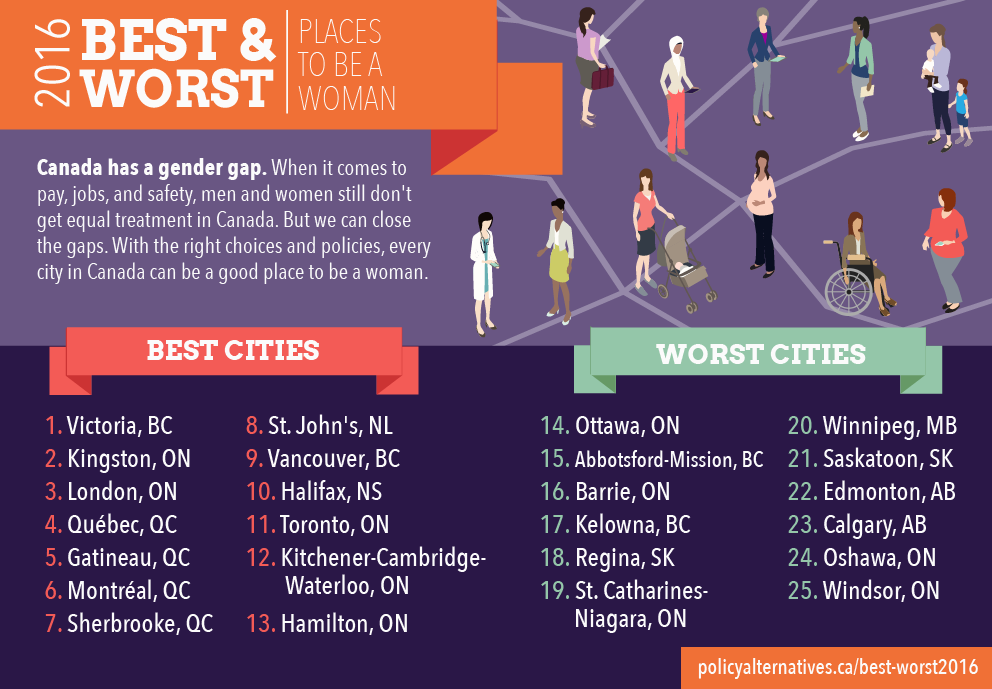 Quebec City and Montreal have both dropped in the rankings compared to the 2015 study, going from third to fourth and from fifth to sixth, respectively.

“They may have dropped, but they still do very well… All four Quebec cities are in the top ten of the rankings,” McInturff said.

The four largest cities in the province are all listed, something McInturff credits Quebec public policies, like publicly-funded daycare.

“It’s very clear, not only in Canada, but in other European high-income countries that where there is affordable and accessible childcare you see more women in the workforce,” she said.

The study also points out a sad fact affecting women in other cities across the country.

“Rates of sexual assault have been pretty much unchanged for two decades.”

“That’s why, for the first time, we’re seeing women now be more likely be victims of violent crime than men,” said McInturff.

McInturff added that Quebec is one of few provinces with a policy to address sexual assault and domestic violence.

She said the province also has a very strong women’s movement, but that communities need to start sharing with each other what is working and what is not.