UPDATE at 7 p.m. ET: Despite numerous requests, the RCMP repeatedly declined to comment further. After this story was published, an RCMP spokeswoman called to inform Global News she had “just got information” they had found “no national security aspect.”

Global News has learned the RCMP is now leading the investigation into a stolen plane that mysteriously crashed in Peterborough, Ont. last week and multiple sources confirmed it was being treated as a potential “national security issue.”

Twenty-year-old Mohammad Hassan Chaudhary of Markham, Ont., was killed after the small Piper Tomahawk aircraft he allegedly stole from the Markham Airport crash landed just before 1:30 a.m. Friday near the Landsdowne Place mall in Peterborough’s south end about 140 kilometres east of Toronto.

His father, Afzal Chaudhary, says his son lived with schizophrenia and is shocked he was able to steal and fly the plane without a “single minute” of flight training.

Sources close to the investigation confirmed to Global News the RCMP is now leading the inquiry into the crash and Chaudhary ’s father said they had met with him “many times” to discuss his son’s involvement.

“I guess that they’re trying to find out [if] he might be, if there is any problem behind him … That there might be any link for terrorism or something else,” Chaudhary said, adding that the RCMP had not confirmed to him any link to an extremist organization. “Nothing. They find nothing.”

Chaudhary said his son had “bad mental health” issues but never spoke to the family about wanting to hurt anyone.

“No, he’s not going to harm anybody. … Did he harm anybody?” he said. “[If] he was willing to harm someone, why [did] he go to Peterborough then? It’s a big city here.”

Mohammad has a criminal history. He was charged in connection with an alleged armed robbery at a gas station with a pellet gun in September 2015, after York Regional Police said he went into the store, showed a clerk a weapon and fled the scene with an undisclosed amount of money.

No one was hurt in the incident and police said in a release they had recognized the suspect from surveillance video and arrested him at his home in Markham and seized a pellet gun suspected in the robbery. Court documents obtained by Global News showed those charges were later stayed.

Chaudhary said RCMP investigators asked the family what they knew about Hassan’s recent activity and how he had been doing during the past few weeks, to which he responded his son seemed to be OK.

He added that Mohammad had been diagnosed with schizophrenia two years prior to his death and had been treated at the Markham Stouffville Hospital.

Although he cannot confirm how his son allegedly broke into the airport and stole the plane, Chaudhary said he suspects his son had possibly done it as an “adventure.”

A source close to the investigation told Global News something was found in the wreckage that concerned police, while the owners of the stolen Piper Tomahawk said their plane was full of fuel and was capable of flying up to five hours.

How could Mohammad Hassan Chaudhary fly an aircraft with no flight training?

Aviation expert Jock Williams said many aircraft can be easy to fly with limited training, but added “landing is always the hardest part.”

“It takes some instruction, some practice, and often some luck,” he said. “If you miss out on any of the above you can hurt yourself.”

Chaudhary expressed outrage over the fact that his son was somehow able to break into the airport, steal a small aircraft and crash into the streets of a major Ontario city without any intervention from police or security officials.

“This is a national story. They’re spending billions and billions of dollars on the airports. He open[ed] the airport here. Not [a] fence, [not] any gate, [nor] any guard, and he left an airplane over there,” he said, adding that his son somehow had the “opportunity” to fly the plane. “What is this? … If there was security over there in the airport – what kind this airport is?”
Story continues below advertisement

“I blame everybody. I blame this police too.”

Chaudhary said at first he was not sure how his son was able to get to the airport and allegedly steal a plane undetected, adding that Mohammad didn’t have a driver’s licence or permission to use the family car.

“I just got information saying that based on our joint investigation in regards to that plane crash, there is no national security aspect,” said Hermann, who was unavailable for further comment. 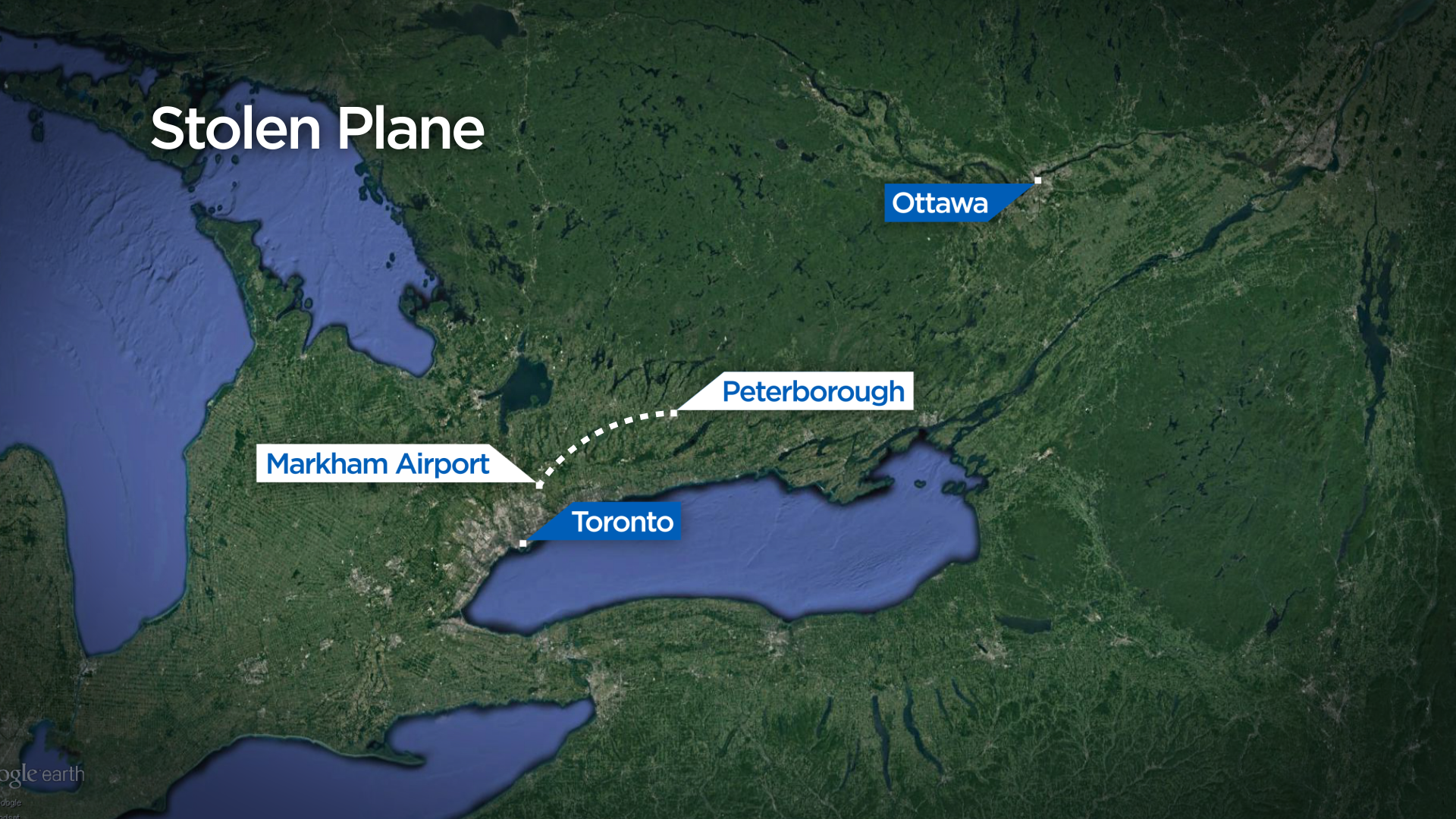 Chaudhary said his son should have been apprehended as soon as he entered the airport.

“How come they left the airport like this? He was sick. I know. He had a mental problem.”

Chaudhary said police came to the family’s home Friday morning, hours after the crash, and informed them that his son had been killed.

“I could not believe. They said he passed away, and I asked them how. My son could have accident, something else, you know?” he said.

“And when he told me the plane crashed … I said why he was in the plane? He said he was flying the plane as the pilot … I said no, I could not believe it can be happen like this. I mean everything [is] upside down.

“He was not a pilot. He had not a single minute [of] training.”

Chaudhary said police are “standing on the same place where they started this investigation” and the only thing they had found was his son’s bicycle at the scene.

“I mean how come this boy, he did without this training? And without any purpose, you know?,” he said.