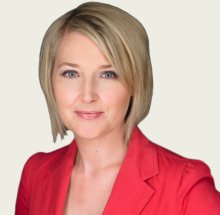 Allison Vuchnich has distinguished herself in health, investigative and political reporting. As Senior Network Correspondent, Allison contributes to all Global News platforms including health reporting for Global National, the network’s flagship newscast.

Her dedication to the craft and original reporting and producing have garnered Vuchnich a Gemini award, numerous RTDNA awards and other accolades.

Vuchnich joined Global while living in Washington, D.C. There she covered a wide range of major events including the September 11th terrorist attacks, the anthrax mailings and the Bush administration.

After years of living in various North American cities, she returned to Toronto, her hometown, in 2004. She joined the Global National bureau and covered stories domestically including the Boxing Day shootings, the Highway of Heroes repatriations and various federal elections and internationally, Pope John Paul II’s passing and a coup in Thailand.

In 2008, she began her current position reporting and producing original content for all Global stations, Global National, globalnews.ca and contributing to 16×9, Global’s former investigative newsmagazine program. Her in-depth reports have included testing for chemicals in clothing sold in Canada, investigating potential health impacts of compact fluorescent light bulbs, an inquiry into Atrazine, a pesticide that can end up in drinking water and the debate surrounding GMOs and labelling.

Additionally, the network relies on Vuchnich to provide daily reports on big events. She has covered the Vancouver, London and Sochi Olympics as well as the G20 Summit.

Vuchnich earned her master’s degree at the Medill School of Journalism at Northwestern University in Chicago. Before coming to Global, she also reported for ABC, NBC and CTV.