Toddler-proofing the house feels like a never-ending project. Once you’ve locked the cupboards, covered the electrical outlets and set up the gates, new obstacles appear.

“He put WHAT in the toilet?”

“Where did he find a screwdriver?”

I can only imagine how it works for Matthew Hudon, the fearless father who has spent the last 10 months looking after his son Alexander at his workplace, the West End Gallery.

It is a typical art gallery: bright, clean, spacious and full of thousands of dollars worth of art and glass pieces; many within two-year-old Alexander’s reach.

Here’s the remarkable thing: Alex hasn’t broken a damn thing. In fact, he’s only guilty of getting a few sticky prints on the gallery’s front window. 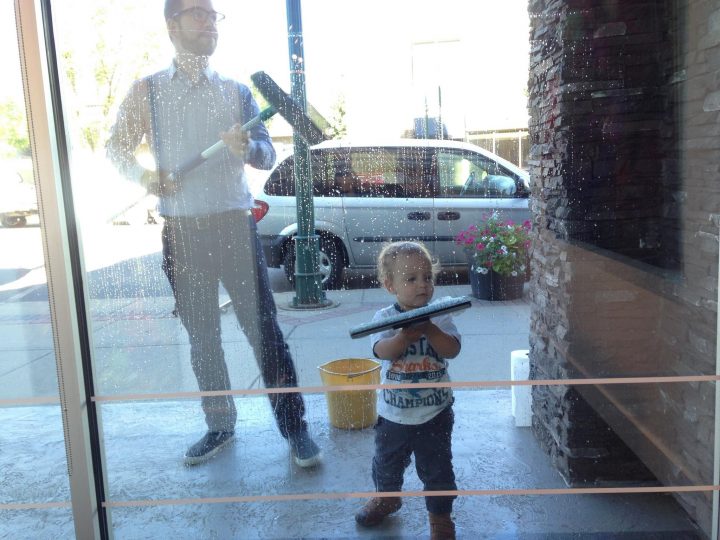 “Honestly, he never really took interest in it. He’s bumped a couple of paintings and moved them, but not any damage,” Hudon said.

Hudon decided to bring Alexander to his workplace instead of child care so that they would have time to bond. He considers it a “paternity leave” to follow his wife’s maternity leave.

The general manager has balanced work and fathering with the help of his parents, who own the gallery. They were well-versed in achieving the balance after bringing Hudon to the same gallery when he was a child. 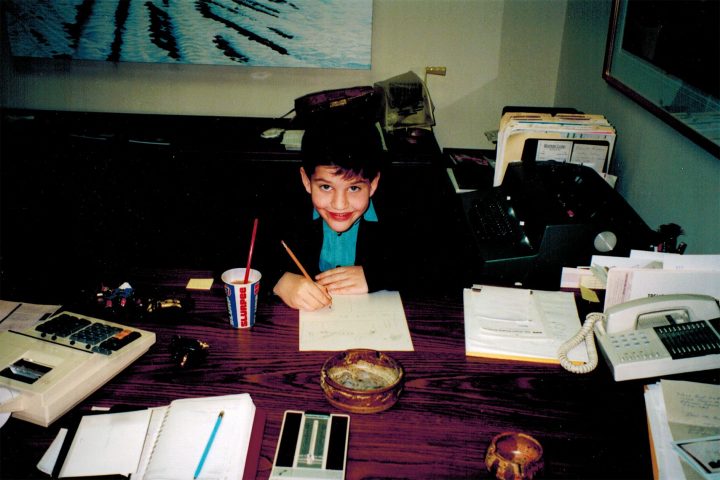 “I don’t get a lot of work done until (Alexander’s) nap, so after lunch we set up his little cot in the office and then we’ll put him down to sleep. Sometimes he’ll sleep from 11:30/noon until two o’clock and that’s when the work gets done,” Hudon said.

The two-year-old has helped out too.

He sets up a sign outside the gallery in the morning and has even accompanied his dad to deliver the odd painting.

Alexander recently put in his last day at work.

He will stay home with his mother – who is a teacher – for the summer before going to a day home in the fall.

“It’s a little bit extra work but it’s definitely been worth it, being able to see him grow up.